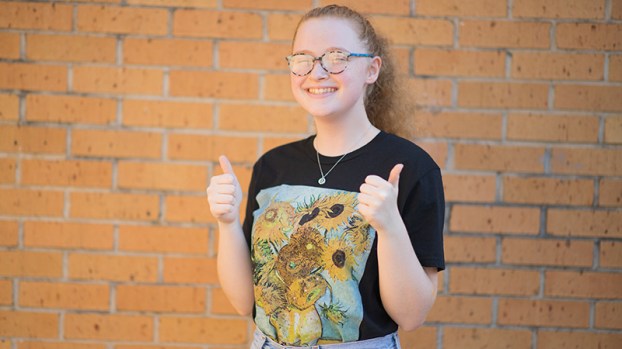 Sadie Hines is an all-A student at Callaway High School, with hopes of pursuing a career working with animals in some capacity, perhaps as a zoologist.

Given her history as a student, it was likely that Hines was always going to score well on the ACT test. However, she believes a six-week course through the Greater Achievement Youth Empowerment Academy really gave her a leg up.

Hines made a 31 on ACT and is now being courted by schools around the state and around the country.

“The main thing that helped me was the tutors that came from LaGrange College,” Hines said. “They came in, they demonstrated what the test was like, and they gave us a recap of their experience.”

The Greater Achievement Youth Empowerment Academy holds six-week sessions on Saturdays. Each class is about six and a half hours long.

Most of the tutors who help teach the academy were previous students from the class and are now local college students.

Earlier this year, another student, Sidrick Cameron, gained 210 points on his SAT score after going through the youth empowerment academy.

Hines was also thankful that the school system paid for all TCSS juniors to take the ACT earlier this year, before the COVID-19 pandemic ended the school year. That was the first time she had ever taken the ACT, and every test since then has been canceled.

She plans to take it again in September in hopes of earning an even higher score.

“Sadie, even though we were blessed to have her in our class, she would have been successful wherever she went,” said Glenn Dowell, community liaison for the academy. “She is a self-motivated student.”

Willie Mae Callaway, executive director for the academy, said schools are informed about the academy and counselors make recommendations on students who would be a good fit.

Callaway said they are still discussing how to get the academy back up and running this school year.

Dowell said Hines is an outlier, as many students in the class don’t come in as high-achieving A and B students, but take the class and still earn a higher score on the ACT or SAT.

Dowell said students who have taken the academy have seen an increase of about 70 points when they retake the SAT and an average score of about 19 on the ACT. Some others have made scores in the 20s, as well as one student who recently made a 27.

“You can tell yourself as much as you want to, ‘I need to get a good grade, I have to do well to get whatever job I want,’ but if you don’t have the drive to do it, you won’t soon you won’t look for the resources, you won’t try to reach out into the community,” Hines said. “And for some people, it’s more difficult, and for some people, it’s easier. But in my case, I was stressed about what was coming up, and so I looked for a solution and I found a wonderful solution. And it made me more confident in myself.”

A local church is hoping to establish a second voting precinct in Hogansville. The staff at St. Paul A.M.E. Church... read more