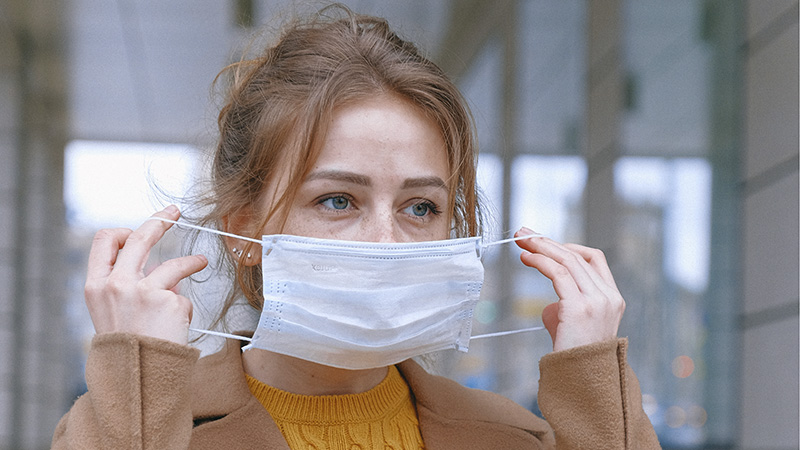 The LaGrange and West Point City Councils both unanimously approved ordinances authorizing police to enforce the wearing of face masks at businesses who choose to require them on Tuesday.

The ordinances state that enforcement can only take place at businesses that require masks and display a sign at its entrance saying so.

Both ordinances go into effect Wednesday, Aug. 19 at 5 p.m.

The LaGrange ordinance states that after being warned once, a citation can be issued and cannot exceed $50. Under the West Point ordinance, anyone found not complying can be subject to a civil penalty of no more than $25 on the first offense and no more than $50 on the second and subsequent offenses.

LaGrange Police Department Chief Lou Dekmar told council members police would only respond if a manager or owner asked for assistance in dealing with customers, and not for customers reporting other customers.

The ordinances contain a number of exceptions — enforcement is prohibited at residences, and cannot be used against people who are eating or drinking, anyone who has difficulty “donning or removing” a mask without assistance or anyone who has bona fide religious or medical objections to wearing a mask. Enforcement at polling places is not allowed. The ordinance does not apply to children under 10 years.

LaGrange Mayor Jim Thornton said some council members were concerned with the number of exceptions in the ordinance, but he said the city’s hands were tied.

The specific circumstances where enforcement is allowed were determined by Gov. Brian Kemp, who issued a new executive order Saturday giving local governments some limited powers in enforcing mask wearing.

“Those carve-outs come directly from the governor’s order,” Thornton said.

Kemp’s order states that areas that meet a certain threshold can impose restrictions, including the “Local Option Face Covering Requirement,” which contains the business enforcement rules.

In order to meet the threshold, a county must have a rate of more than 100 cases per 100,000 people over the past two weeks. Troup County meets that requirement at 322, along with most of Georgia’s 159 counties.

Kemp had previously opposed local mask mandates and sued the city of Atlanta over its ordinance requiring masks, but recently dropped the lawsuit.

“This is an extremely pro-business ordinance,” Thornton said. “It gives business owners the decision-making authority.”

Thornton said City of LaGrange Manager Meg Kelsey had already reinstated the policy that people must wear masks in city hall, which the city is authorized to do under the new executive order.

“Many people are concerned that the return to school and the closeness of the students could very likely give us another wave,” Gore said.

Dr. Ken Gordon, also of Wellstar, spoke at the meeting about the public health effects of masks. Gordon mentioned that doctors were seeing potential long-term effects of COVID-19 in patients who already had the virus, such as post-viral syndrome, cardiomyopathy and pulmonary fibrosis.

“Right now, mask use will reduce transmission from about 17% to about 3% per person,” Gordon said. “As far as receiving, a plain cloth mask should reduce the chance of you getting it by about 40%.”

Gordon, who has been tracking COVID numbers on spreadsheets since January, said he had been looking at a model from the University of Washington that estimates the effect of protections on fatalities for each state. Extrapolating that data down to Troup County, Gordon estimated that if there was 95% mask compliance in the county, there would be 900-1,000 less cases, and 27 less deaths, in the period from July 15 to Nov. 1.

During West Point’s meeting, Mayor Steve Tramell said he’d thought masks were important since the beginning of the pandemic.

“Throughout the COVID crisis, I have always taken the stance that I thought masks were important, it just makes sense to me that if I’ve got my face covered, I may be asymptomatic, it would help stop the spread for me and the same goes for other people that may have it,” Tramell said. “I don’t want to be around somebody who’s coughing or sneezing and would give it to me, and me take it to the rest of my family.”

West Point Councilmembers Sandra Thornton and Jerry Ledbetter shared the same sentiment that they believe masks should be worn, but Ledbetter pointed out that he thought the ordinance was poorly written.

“I think this proposed mandate says a whole lot without really saying or doing much of anything,” Ledbetter said. “But I think sometimes in an effort to appear to be doing something constructive and helpful that just about every branch of government ends up doing nothing.”

“If this could save or help one person, or even just a few people, by adding our emphasis to this situation, I think we certainly ought to do it, and I believe we can and will,” said Councilman Joe Downs.

Ed Pugh contributed to this report.