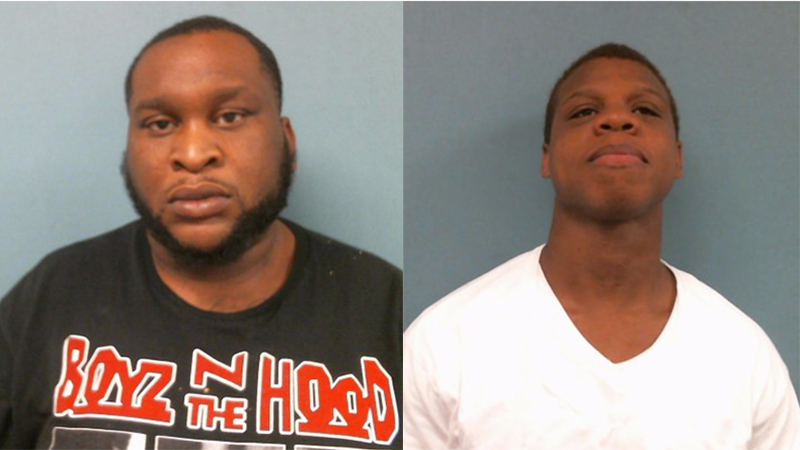 Two men have been arrested for their alleged role in a robbery that took place on Aug. 9 at the 4oo0 block of Young’s Mill Road.

Shaton Jaquvius Easter and Mikel Jamond Peterson were charged with, armed robbery, aggravated assault, aggravated battery and possession of a firearm during the commission of a crime, according to a press release from the Troup County Sheriff’s Office.

On Aug. 9, the TCSO responded to the 4000 block of Young’s Mill Road after being notified by the LaGrange Police Department that a person had been shot at the location. Upon arrival, it was determined that a black male had been transported from the scene to Piedmont Medical Center, in Newnan, for serious injuries to his left hand. According to TCSO, investigators met with the victim at Piedmont Medical Center and upon interviewing the victim it was determined that two black male suspects robbed him of an undisclosed amount of money.

During the robbery, the victim told police that he was struck in the back of the head and kicked numerous times about his body. The suspects were in possession of a handgun during the robbery and at some point during the struggle the firearm discharged striking one of the suspects.  After the firearm discharged, the suspects fled the scene in a dark SUV that was parked on the side of the road, just north of the residence.

Investigators were later notified by the LPD that one of the possible suspects in this case, , was treated at Wellstar West Georgia Medical Center for a gunshot wound to the stomach and had been released. On Aug. 10, Easter was taken into custody at his residence and transported to the Troup County Jail.  Investigators were able to identify the second suspect as Peterson, and he was arrested on Aug. 14 without incident at a local motel.