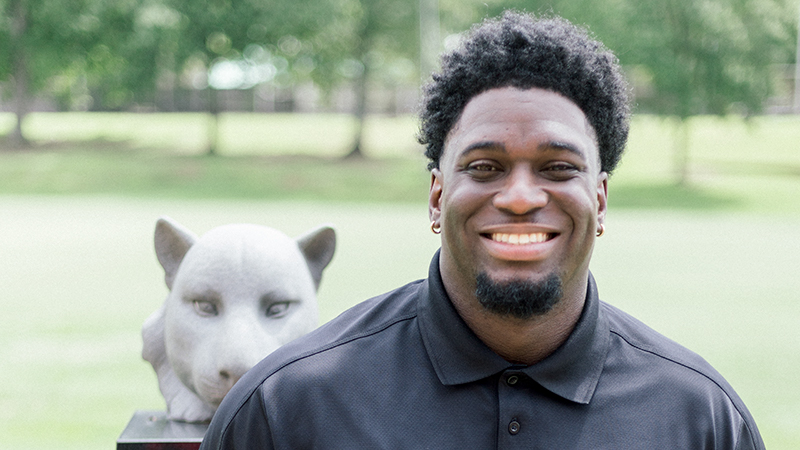 Nick Griffin is never off the clock. Griffin, a Jacksonville native who graduated from LaGrange College, is a site coordinator for the Community in Schools program, which provides numerous services for students in Troup County, whether it’s academic assistance, financial support, or counseling.

For Griffin, who is based out of Callaway Middle School but serves students across the county, it is a job that demands a lot, not just from a time standpoint but from the emotional toll it takes, but he has no complaints.

“I can’t imagine doing anything else,” Griffin said. “Everything from being personable with families, to keeping kids happy. It’s awesome. I have a great team too.”

Griffin makes himself accessible at all times, which means his day doesn’t end when he leaves his room at Callaway Middle School.

“It’s not an 8 to 5 job. It’s an all-day thing,” Griffin said. “You may get a call at night time, you may get emails in the morning whatever it may be. It’s whatever our county needs, and what those children and those families need.”

Griffin was a multi-sport standout in high school in Jacksonville, and he earned a football scholarship to Livingstone College, and he spent his freshman year at the North Carolina school before transferring to LaGrange College in 2008. Griffin graduated from LaGrange College with an English degree, and he later received a master’s degree in special education from Columbus State University.

Griffin began his association with the Community in Schools program last year, and it has been an eye-opening experience.

“Stepping back into this after teaching was two different worlds,” Griffin said. “With teaching, I saw my 30 kids. But here, I see the whole school, the whole county, and I thought there’s really a need for this. It’s more than hygiene and food a lot of times, too. It’s rental assistance, or we may have children that take showers at school. It’s a lot.”

Griffin knows he can count on the support of his wife, Kamenia, and his children, Kamari and Nyla.

“A lot of times, I have to take a step back in my office and hold the tears back,” Griffin said. “Kids might give me a hug and say I enjoyed that talk yesterday. I needed that. It’s so fulfilling. Sometimes I feel, Lord, why did you bless me so much to be such a vessel. I just want to keep doing that.”