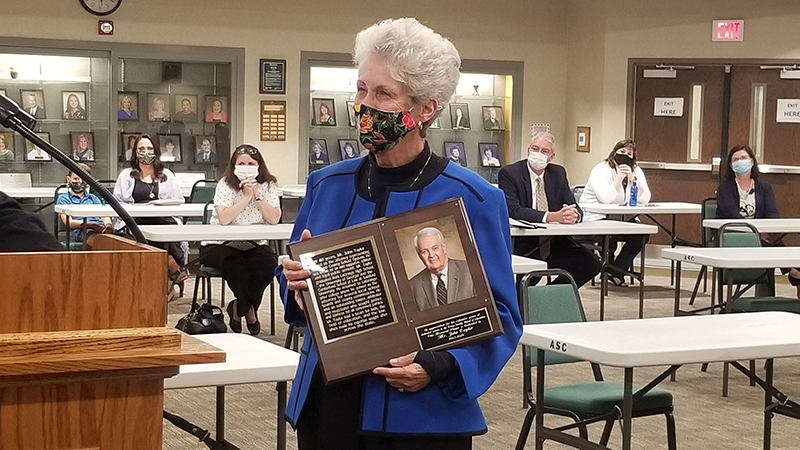 The Troup County School Board began Thursday night’s meeting by honoring the late John Taylor, who served as the school system’s attorney for 46 years.

Taylor died in late July, just a month after he retired from his long-time position.

Superintendent Brian Shumate said in their one year of working together Taylor became a trusted friend and advisor.

“[He] gave me much perspective on the past about Troup County and honestly became a great friend and advisor and confidant for me, both personally and professionally,” Shumate said.

Jeff Todd, who now serves as the attorney for the city of LaGrange, was a partner with Taylor in his law practice.

“There’s no argument. There’s nobody in the state, much less the region, who knew as much education law as John Taylor did,” Todd said. “… I want you to know how fulfilling it was for him to represent his hometown school system.”

Taylor graduated from the LaGrange High School in 1961 and despite being born in Savannah, was a lifelong LaGrange resident.

Taylor’s sister, Julia, was on hand to speak and to accept a plaque in Taylor’s honor. The plaque will be put up in the board’s meeting room.

“As many people say, if you love what you do, it’s not a job,” Julia said. “It was a commitment on his part. It was his purpose in life. It was his mission, and he loved the school system.”