Bradford in top 1% for cover of fitness magazine and $20K 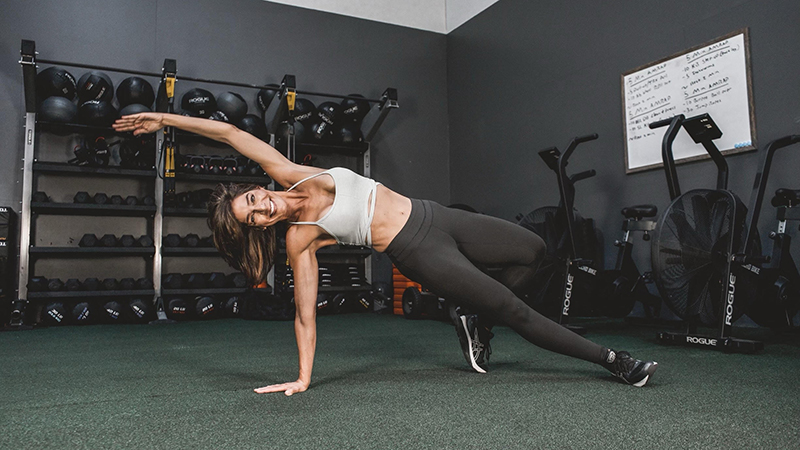 Winning could be on her horizon.

Nancy Bradford, a 52-year-old mom of three and grandmother of three, and an avid fitness enthusiast has been competing for weeks to get on the cover of a well-known fitness magazine.

She’s beat out thousands of women competing to be the next cover of Muscle and Fitness Hers magazine, Olympia Edition, a magazine dedicated to fitness enthusiasts and competitive athletes. On Monday, Bradford made it to the quarter finalist round with nine other women.

“This started in July and will go until Oct. 8,” Bradford said. “Competitors have just been getting cut and there are other groups in the quarterfinals. They don’t tell us how many groups there are though.”

The magazine announced that everyone left in the competition makes up one percent of competitors who started the contest.

In addition to the cover, if she wins, Bradford would also receive $20,000.

For the past 10 years, Bradford has been working professionally in the fitness industry. She got her start teaching Zumba and then became certified in Pilates.

“This has been so quick and the next round will be here quick as well,” Bradford said. “It’s just a matter of weeks now.”

Voting for quarterfinals ends Thursday the Sept. 10 at 11 p.m. If Bradford makes it to the semi-finals, voting begins Sept. 14 and ends Sept. 24. As voting ended Sunday night for the wildcard round, Bradford couldn’t help but feel nervous.

“I was nervous but at the same time I wasn’t,” Bradford said. “I told myself I wasn’t going to check my phone. My husband, he wanted to wait till the last minute to vote. I had started out in this round at first and then got bumped to second and then back up to first again.”

Bradford said she attributes getting this far to the community.

“This city is incredible and has banded together to help me with this,” Bradford said. “This is so crazy. I’m getting emotional thinking about just how cool this is.”

Voting is being held at https://mshealthandfitness.com/2020/nancy-bradford.

The link asks you to log into Facebook and then your vote is cast. One free vote is allowed once a day but additional votes can be purchased for $1. Purchased votes benefit the Homes for Wounded Warriors Foundation.

“People have just reached out and have been so kind,” Bradford said. “When I thought that I wouldn’t be able to keep this up and make it, I would get a positive message and it would just be like God saying that I could keep this up.”

Bradford has beaten out models, Instagram influencers and more.

“I have been crying a lot lately just out of pure gratitude,” Bradford said. “I’m just happy. I am happy that I have made it this far and that people have been voting for me. It’s super humbling.”

Church given property for free, no strings attached