OUR VIEW: Excited for future of parks and The Thread 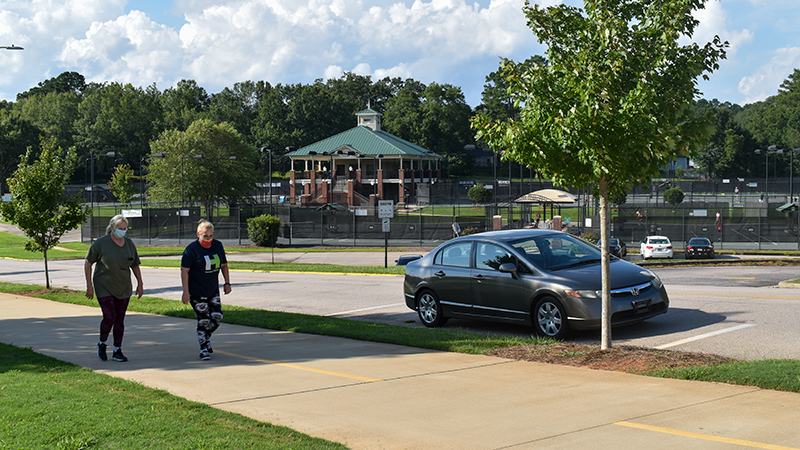 If there’s anything we’ve all been reminded of during this pandemic, it’s the importance of public parks and trails such as The Thread.

When we were all sheltering in place earlier this year, an outside walking trail was about the only place we could go to get fresh air. Thankfully, LaGrange is full of places to get outside, and development continues on The Thread.

The LaGrange City Council heard updates on both The Thread and its master park plan during last week’s council retreat. Construction continues on the Thread, the 29-mile non-motorized, multipurpose trail meant to promote the health and wellness of our community.

The Thread, in only a few years, has already had an instant impact on our community. People who walk it regularly are getting healthier, but also getting a chance to meet new people. And the great part is that you can’t easily mix up which portions of the trail you walk on. We encourage more people to utilize The Thread, and we’re sure the numbers will only grow as more of the city is covered in trails.

It also wasn’t a surprise when The Thread was a big part of the discussion on the city’s park plan.

Barge offered short-term and long-term solutions for the city, many of which make a lot of sense. For instance, one suggestion was to build a restroom facility at Southbend Park, an issue that has been debated a few times by families over the last few years. There’s nothing more frustrating than taking a little one to the park, only for them to need a bathroom right after arrival. We understand the problems adding a public bathroom could bring, but we also understand the frustrations of parents.

Long-term suggestions include implementing future phases of several parks and continuing to build sections of The Thread.

Parks and recreation are important for health and wellness, but there’s more to it than that. Playgrounds give children a chance to get some energy out and meet new friends. Walking trails give people a safe place to get some exercise and to overcome the stresses of the workday. People want to move to areas where there are parks and trails like The Thread.

We applaud the city for their foresight in planning ahead for the future of our parks. Many other, similar sized cities in the state can’t compare to the recreational amenities available in LaGrange.

Trump did not create the greatest economy