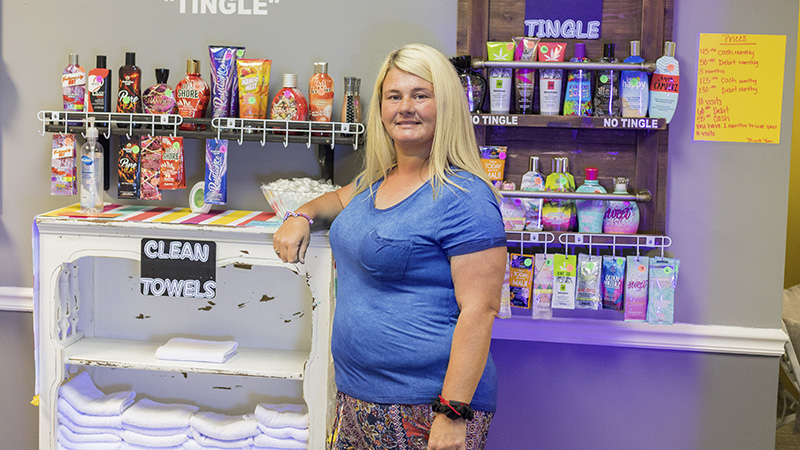 Now under the new ownership of Melissa Castillo, the tanning salon is making a new start with a new name, Mia’s Total Tanning.

“I came in and Lisa got to talking about selling and asked me if I wanted to buy it,” Castillo said. “I told her that me and my husband had been looking into starting some type of business. Then, within a few hours, we owned it. After that, I really haven’t had any complaints.”

Castillo said she had never owned a tanning salon before but has been learning quickly.

Castillo made a new Facebook page with its new name.

“The new page is struggling but that makes sense since the other one had been around for so many years,” Castillo said. “Eventually, we will get there, but we started from scratch here. I didn’t want to keep the page up and see all the bashing because that had nothing to do with me. People thought she was going to stick around and someone else just run it, which is obviously not the case. I had no connection with Lisa and neither does this business anymore.”

Aside from changes in ownership, the tanning salon still has the same amount of tanning beds and prices.

Castillo said she has been working on finding better and more affordable products for her customers now.

“I’m not here to make a fortune off of anybody. I am here to just help serve the community’s tanning needs. I want this to be a more family-oriented salon, laid back and relaxed.”

Castillo said she is excited to meet new customers and grow relationships in the community with the salon.

Salon prices are still the same at $45 cash for a month and $125 cash for three months. Right now, Castillo is running a special for $99 for a three-month membership.

Those looking to buy tanning lotion do not need a membership and can come in during any open hours to buy lotion.

“I was very nervous to start this journey, and I am still kind of nervous,” Castillo said. “But I am also really excited. This is a great adventure to start.”