Lafayette Day to occur virtually due to pandemic 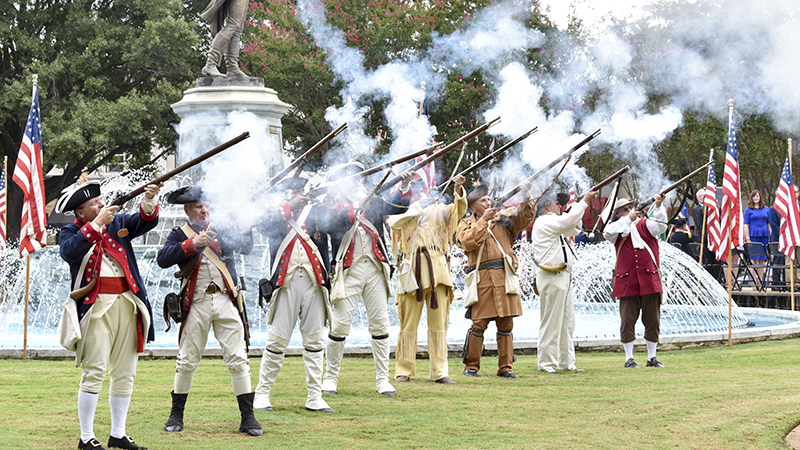 This year’s Lafayette Day celebrations will occur virtually due to the COVID-19 pandemic. In past years, there has been a celebration for the Marquis de Lafayette in Lafayette Square, where his statue resides.

Lafayette Day, Sept. 6, is a statewide holiday held on Lafayette’s birthday. Lafayette was a French aristocrat and military officer who fought in the American Revolution and was later involved in the French Revolution. This will be the 263rd anniversary of his birth.

“In any other year, we’d be competing with college football,” said Dr. Richard Ingram, chair of the Lafayette Alliance, of the unusual circumstances presented by the pandemic. In the past, representatives from the French consulate in Atlanta have attended, and the Sons of the American Revolution has participated.

This year, at 4 p.m., LGTV LaGrange Television will broadcast a virtual celebration. It consists of nine segments of about five minutes each, according to Ingram. Speakers will present on camera, with images spliced in to illustrate the history that is being explained. The schedule is as follows:

Ingram is passionate about Lafayette and his role in the founding of America.

“He was an apostle of liberty. That’s what he decided his life would be about, and he had the wherewithal to do that,” Ingram said.

According to the New Georgia Encyclopedia, the City of LaGrange was named as the suggestion of Colonel Julius Caesar Alford, “who in 1825 overheard Lafayette remark on the similarity between the west Georgia countryside and LaGrange, his wife’s estate in France.”

Ingram emphasized the importance of citizens understanding history and how our country came to be.

“This isn’t just about Lafayette, this is about history that’s relevant … today is a result of yesterday,” Ingram said, quoting the author Robert Collier.

The issues Lafayette fought for remain relevant, Ingram said, even if Lafayette mostly serves as a symbol to people in LaGrange.

“Liberty, equality and justice, those are loaded ideas,” Ingram said. “Lafayette is sort of a standard bearer, and he’s sort of the window through which we can discuss those things.”