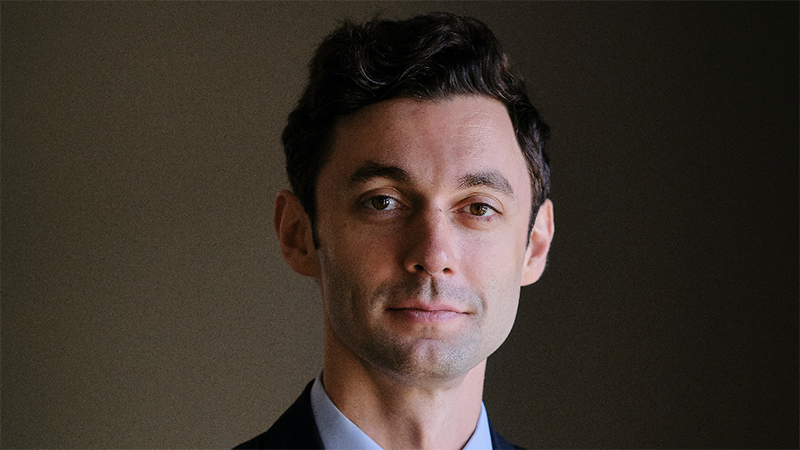 As of Monday, there were 50 days remaining until the 2020 general election. While the race to fill out the rest of former Sen. Johnny Isakson’s term is crowded and features no primary, Georgians have two main choices in the other U.S. Senate race.

Businessman and close Trump ally David Perdue, 70, is running for reelection for the first time. His Democratic opponent, 33-year-old Jon Ossoff, is an investigative journalist best known for his failed bid in the 2017 special election for Georgia’s 6th congressional district.

In an interview with The LaGrange Daily News on Monday, Ossoff said senators cared less about working families and “mom-and-pop” businesses than their corporate donors and should have acted months ago to extend unemployment benefits and small business loans, as well as provide aid for reopening school districts. Congress has tried and failed to reach an agreement on a second stimulus package to follow up the Coronavirus Aid, Relief, and Economic Security (CARES) Act, which was signed in March.

“If the senators and David Perdue were forward-looking, responsible and effective, they would have been moving the next round of relief back in June. … instead they went on a month-long summer vacation,” Ossoff said, referring to the senate’s August recess.

Purdue introduced a bill in July that would provide personal protective equipment to local school districts, as well as help districts develop procedures for reopening. The bill is currently in the Senate Committee on Health, Education, Labor and Pensions.

On the subject of voting issues, Ossoff said the U.S. needs a new voting rights act and that voter suppression “should be a crime.” The November election is expected to have record numbers of people voting by mail, with some predicting that counting ballots will be exceptionally slow. Ossoff, however, was more concerned with Georgia’s handling of in-person voting.

“My most serious concern right now is these long, long lines that we often see here in Georgia in the final days of early voting and on election day,” Ossoff said.

The tight margin has led both parties to pour money into the race. According to the Wall Street Journal, the National Republican Senatorial Committee has spent $5 million against Ossoff since mid-July, and the Mitch McConnell-aligned Senate Leadership Fund has spent more against him than any other Democratic Senate Candidate, as of Aug. 28.

On the Democratic side, the Chuck Schumer-aligned Senate Majority PAC is spending $7.2 million on anti-Purdue ads in September. Several million dollars in ad buys have already been spent by Ossoff’s campaign and the Democratic Senatorial Campaign Committee.

Perdue and his allies have sought to paint Ossoff as privileged and inexperienced. Ossoff hopes to make the case that Perdue represents the worst of Washington corruption.

With economic development increasing the role of manufacturing in West Georgia, Ossoff said the U.S. should invest in new infrastructure programs and reform the tax code to increase well-paying manufacturing jobs.

“We need to stop subsidizing investment banking and outsourcing … I’m running against the guy who bragged under oath about how he spent most of his career outsourcing American jobs,” Ossoff said.

Neither Perdue nor Ossoff has campaigned in LaGrange this year, though Ossoff said he hopes to stop here at some point.

“We’re making decisions about public appearances based on how the public health situation is shaping up,” he said.

The general election will be on Nov. 3. Early voting begins Oct. 12. Absentee ballots can be requested from the Troup County election office or through a portal at ballotrequest.sos.ga.gov.