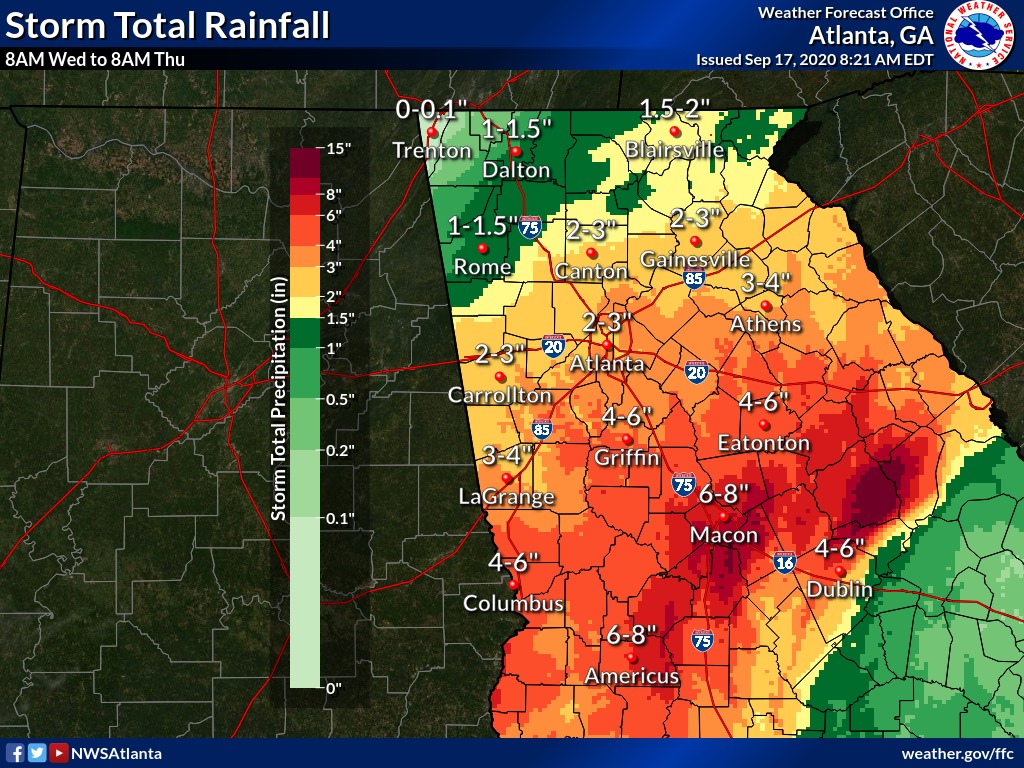 The remnants of Hurricane Sally dumped rain over Troup County last night, though the impact was not as bad as some had feared.

Some projections had predicted heavy rain to continue throughout Thursday, but by dawn on Thursday, most of the heavy precipitation have moved on.

According to Bowie, there were only a few small, single-service utility problems during the night.

According to the National Weather Service, LaGrange received between 3 and 4 inches of rain from 8 a.m. on Wednesday to 8 a.m. Thursday. The rainfall was heavier than in Carrollton or Atlanta, but less than in Macon (6 to 8 inches) or Columbus (4 to 6 inches).

The Troup County School System announced around 7:40 p.m. Wednesday evening that schools and offices would close Thursday, due to the potential for heavy wind, rain and flooding. In particular, the announcement cited the fact that school buses “cannot operate safely in winds exceeding 35 mph.”

It was a day off for all students, who were not required to do virtual learning due to TCSS not being sure if families would have power and internet.

Hogansville City Manager Jonathan Lynn said “at least 95% of [Hogansville] residents,” were without power from about 11 p.m. until 1:30 a.m. Lynn is working with contractor Diverse Power to identify what exactly caused the problem.

Lynn said the outage started as a rolling outage before the entire grid went out.

Hogansville’s internet server is currently down, preventing the city from accessing email accounts, accepting utility payments or processing work orders via the web. Lynn said IT consultants told him when the power came back on at City Hall, the Ethernet switch died. The city is working to fix the issue.

Hogansville’s Lake Jimmy Jackson was also closed Thursday due to the risk of heavy rain and wind.