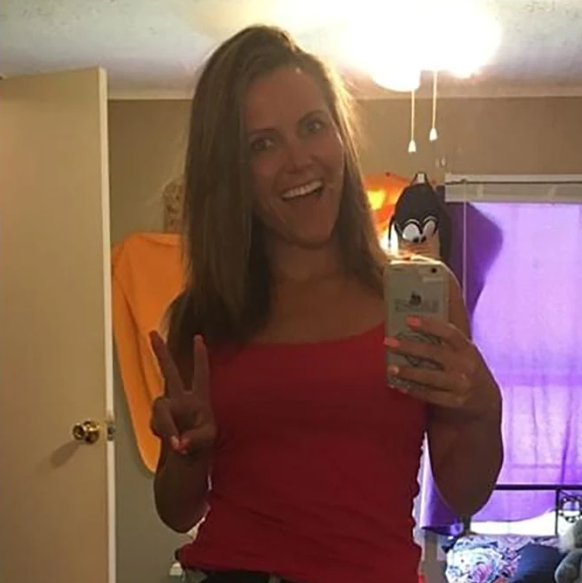 The family of Natalie Jones, who has been missing since July, plans to host an awareness ride that will start in LaGrange on Sept. 26.

Ashley Smith, a relative of Jones, said they plan to have pink lights on every car that takes part in the ride.

“My brother came up with this idea,” Smith said. “It’ll be close to dark and draw a lot of attention with pink lights on a ton of cars. Natalie just loved pink so much, and it was her thing. It was her favorite color.”

Smith said pink was also the color of the car she was driving when Jones disappeared two months ago.

Jones, formerly Natalie Sheppard, 27, was last seen on July 5, around 1 a.m. near Jackson’s Gap, Alabama, wearing a pink blouse with white shorts and black sandals with a bow, according to the Heard County Sheriff’s Office.

Jones has tattoos, including “Isaac” on her left wrist, “Trent” on her right wrist and a star diagram on her back.

She may be traveling in a 2002 Chevrolet Cavalier with Georgia license plate RVE6177. The car is hot pink with a blue stripe along the side of the car.

Jones is diagnosed as bipolar and schizophrenic and was not on her medications at the time of her disappearance, HCSO said.

She is 5 feet, 3 inches and weighs about 130 pounds. She has blue eyes and brown, below-shoulder-length hair with blond highlights.

“You can get lights that plug into your cigarette lighter in the car or find some really good ones on Amazon that are a little more elaborate,” Smith said. “We are really excited about this, and we will have a police escort for the ride as well.”

According to Lt. Dan Boswell, the HCSO has followed up on every tip they’ve received, but all have come to dead ends.

Smith said they are clinging onto the hope that soon somebody will see Jones again.

“Hope is all we have,” Smith said. “We’re not going to quiet down and forget about this. Until we have answers, we are going to keep on. Period. If it was up to me, we would do a ride every Saturday from here to California. It has been extremely hard, but we have all stuck together.”

Smith added that the goal of the ride is to make sure everyone across the United States knows about Jones.

“Wherever Natalie is, we want her to look back on this day and say ‘wow,’” Smith said. “Everybody loves her, and we won’t give up until she comes home, and we know she’s okay. I just want her to see the support she has from all of us. I want her to know how many people love her, and we will not stop looking until we find her.”