HOPING FOR A CHRISTMAS MIRACLE: Homeless veteran could soon return to childhood home 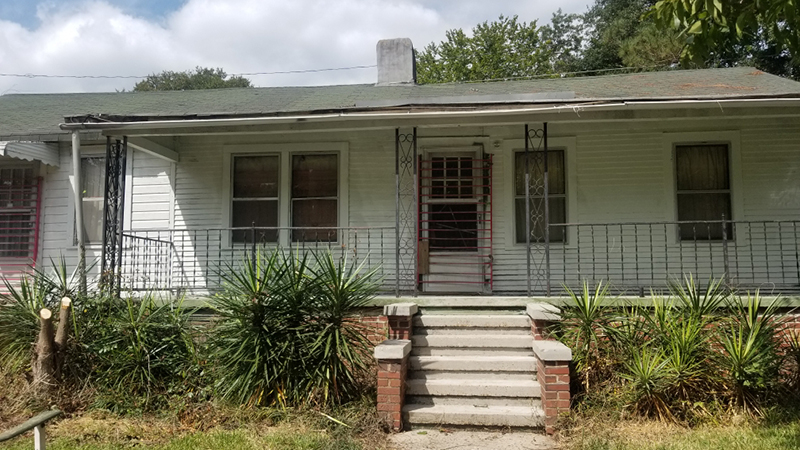 A local homeless veteran could potentially move back into his childhood home by the end of the year.

Durnig the winter, the New Ventures Warming Center had a regular guest named Alex, an Air Force veteran. The LaGrange Daily News is not using Alex’s last name to protect his identity.

Alex, who is 67-years-old, grew up in Calumet Village and his parents worked at Calumet Mill and also the Coca-Cola bottling plant.

“His parents got sick and left him their home on Baugh Street when they passed,” said New Ventures CEO Mike Wilson. “We were chatting one night and he said, ‘if I could just get my house fixed up I can get out of the van.’”

Alex has had to live out of his van for the past few years, finding somewhere to park it and sleep in it every day, even in the midst of extreme temperatures.

“I had him tell me about the house and because he has been sick, the house just fell into despair,” Wilson said. “The city said it was inhabitable right now so they had to disconnect the utilities and condemn it. We found out where the house was and went and looked at it.”

Wilson got in touch a local contractor to do the repairs on the home at cost for Alex. The home needs a new roof and some other sub-structural repairs.

An electrician is also donating his time and material to get the home up to code.

“Alex called me, and keep in mind he’s been living in a van. He lived in parking lots at night — Kroger, Walmart or wherever he could and sleep, which is not always safe,” Wilson said. “He was behind Dollar General trying to find some shade during the extreme heat. He called me one Sunday, and it was a cry for help and it was like ‘I’m giving up. All my family’s gone. I can’t get this house fixed. I’m sick.”

He visited the emergency room, and they weren’t able to figure out the issue.

On that Sunday, Wilson, who volunteers with Church on the Hooch, told Alex to wait until he got back into town and meet him at McDonalds.

“I got him into a hotel room and I said, let’s get in there, and let’s get you get cleaned up,” Wilson said. “I thought to myself, if I was sick in LaGrange, Georgia, I would want Dr. Richard Ingram to see me. He’s a great diagnostician.”

Alex was able to see Dr. Ingram and figure out why he was sick and get the help he needed.

Wilson said Alex has been meeting with Lucas Green with the city and discussing the opportunity to bring the house up to code and again have a roof over his head.

A yard crew from New Ventures went over last week and made some headway on the overgrowth at the home.

The house has also been recently pressure washed and repainted after a local hardware store donated gallons of paint.

“I have been going by for a long time, looking and checking on things,” Wilson said. “I went down there the other day after they had painted. I thought I was on the wrong street because I couldn’t find the house because it looks so much different.”

Wilson said it has been a community effort to help get Alex back into his home.

“When this is complete, it will be a testament to city of LaGrange and its citizens and their resolve to biblical principles of ‘whatever you do to the least of these, you do to me,’” Wilson said. “This shows the city of LaGrange helping out and going the extra mile for people. They have worked with him. He’s someone that has grown up in LaGrange and not someone that has just been transplanted here looking for something.”

Wilson added that despite being homeless and falling on hard times, Alex has kept up with his taxes and been an upstanding citizen.

“I just can’t stress enough how much people want to help and are willing to help,” Wilson said. “I’ve got to raise probably somewhere in the neighborhood of $24,000 to get any repairs that are needed done. My goal would be right now that we get this gentleman back in his house by the end of the year.”