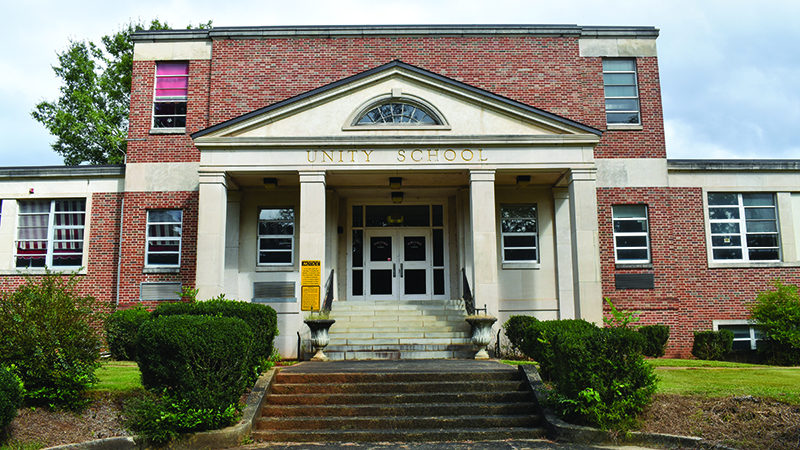 The library will close Dec. 4 and be relocated in an unused part of Unity Elementary School on Park Avenue in LaGrange, the release said. Once set up with shelves, computers and circulation materials, the temporary space will open in early January. Renovations are estimated to take 12 to 14 months, so the library building will likely be closed for all of 2021.

The renovations will entail a full renovation of the building and entail a new layout, furniture and finishes, spaces for programming, including a larger meeting room, and “much needed” infrastructure improvements such as a new roof, humidity controls and new exterior surfacing, the release said.

The Unity Elementary building’s gym, band room and cafeteria will be used under a leasing agreement with the Troup County School System, which owns the property. The Unity campus is also in use partially by Hillside Montessori School, TCSS Superintendent Brian Shumate said. Hillside Montessori is using two former preschool buildings separate from the main building.

The library will pay a monthly fee of $3,500 to TCSS for basic maintenance costs, Shumate said. It will also pay for utilities, pro-rated for the part of the building in use.

Shumate said TCSS was glad to lend the space to the library so that it can be of use, saying it “made a lot of sense.”

“When our buildings sit unused they start deteriorating, and we want to be a community resource,” Shumate said

The library has also been helpful as a place for children who lack internet access to participate in virtual learning, the superintendent said.

“That’s probably our primary location for kids who are trying to access the internet,” Shumate said.

Troup-Harris Regional Library System Director Keith Schuermann said in an interview that about seven or eight of kids use the library for internet purposes daily.

In the release, Schuermann said the temporary site will provide essential services for the community.

“We’ll be focusing on the basics,” Schuermann said. “This will include circulating materials for all ages, computer services for the public, which have been more in demand lately as everything is pushed online due to COVID-19, and possibly provide a little bit of programming, as we’re able to do so. Overall, our intent will be to operate in an express-style manner.”

Troup County and the City of LaGrange both contributed $1 million each to the renovations. The library also received a $2 million capital grant from the state of Georgia and $2 million from the Callaway Foundation. Another $800,000 will need to be raised from private sources, Schuermann said. The library may offer naming rights as a way to appeal to donors, he added.

Lawrenceville-based CAS Architecture is providing architectural design and engineering services. According to the release, CAS recently renovated the Bogart Library near Athens, the Sewell Mill Library and Cultural Center in Marietta and is nearing completion of a new Norcross Branch of the Gwinnett County Public Library.

The library has not been renovated since 1994. According to the release, after renovations are done, the library will be in its eighth version since establishment in 1921, when the LaGrange Woman’s Club opened and operated the city’s first public library in the Queenie Heard House.

HOPING FOR A CHRISTMAS MIRACLE: Homeless veteran could soon…