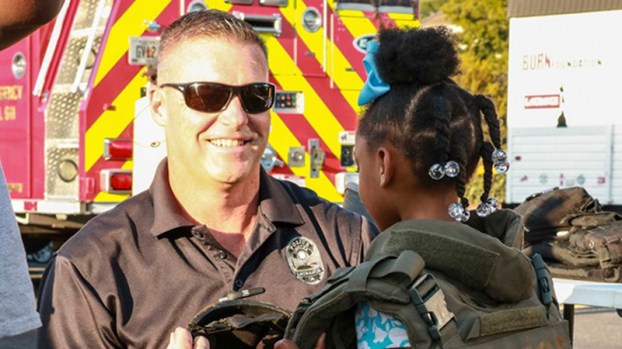 LPD’s Faith and Blue events will occur the second week in October in conjunction with other law enforcement agencies.

The LaGrange Police Department, in conjunction with the Troup County Sheriff’s Office and Georgia State Patrol, is participating in “National Faith & Blue” weekend from Oct. 9-12 with two events.

“The purpose of NFBW Weekend is to create safer, more inclusive communities by connecting law enforcement officers and the residents they protect and serve through houses of worship,” a city press release announced.

National law enforcement groups, including the U.S. Department of Justice Office of Community Oriented Policing Services (COPS Office) and MovementForward, Inc.’s One Congregation One Precinct (OneCOP) initiative, are also participating in the weekend.

On Friday, Oct. 9, local ministers are invited to participate in a free breakfast with LPD, TCS and GSP at Confidence Missionary Baptist Church at 705 Colquitt Street in LaGrange.

On Sunday, Oct. 11, from 4 to 6 p.m., the three agencies will host another event at Sweetland Ampitheatre. There will be games, such as cornhole, as well as food from Hog Heaven and Dairy Queen. The event is open to the public.

The West Point Police Department is having its own event, a community prayer, scheduled for Saturday, Oct. 10 from 3 p.m. to 6 p.m. on the football fields at West Point Parks and Recreation at 1102 Avenue D, West Point.

“It’s just a chance for us, as many community activities have been canceled, it gives us a chance to partner with a lot of faith-based communities,” TCSO Public Information Officer Stewart Smith said.

LPD Sgt. Marshall McCoy said some of the faith leaders participating were Michael Jackson of Confidence Mission Baptist Church and Pete Shoger of Southcrest Church. McCoy said LPD has reached out to other churches and wants to have as many as possible.

“Certainly, you know, they carry a lot of weight with your community,” McCoy said.

He said that gospel singing is planned, and he expects to have “a prayer or two” at the Sunday event. Elected officials, along with LPD Chief Louis Dekmar, GSP Commander Scott Jeter and Troup County Sheriff James Woodruff will be in attendance, McCoy added.

No matter the weather in November, visitors to the LaGrange Art Museum are guaranteed to see snowflakes. A gallery full... read more