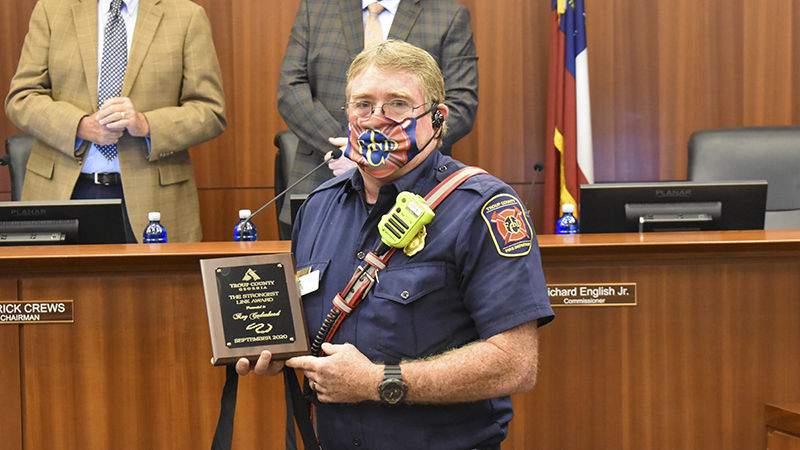 The owners of Iron P Homestead Petting Zoo on Hightower Road in Hogansville appeared before the Troup County Board of Commissioners Tuesday to ask for the property to be rezoned from single family medium density to agri-tourism.

Commissioners approved the rezoning, which was recommended by planning and zoning staff. The zoo has already been approved by the U.S. Department of Agriculture and the Georgia Department of Natural Resources, owners said.

The approval carried some conditions, such as no loud music after 10 p.m., no parking in the right of way and the installation of permanent restrooms.

Before approval, Commissioner Ellis Cadenhead wanted to ask the owners, Cody and Laura Pringle, about the road. Some commissioners were concerned that if the zoo generates lots of interest, traffic jams could occur on Hightower Road, which is a 35 mile-per-hour zone.

The Pringles told commissioners they had sufficient parking and that, due to the zoo requiring visitors to schedule reservations in advance, heavy traffic was unlikely. The zoo will be geared toward private events such as birthday parties and educational events for students and field trips, the Pringles said.

“One of the things that I think really gives us a lot of peace of mind here related to traffic is the fact that they’re proposing to be by appointment only,” County Engineer James Emery said. “Not have the possibility of some big surge of traffic on a particular day.”

Some of the exhibits shown on a map of the zoo were wallaby, kangaroo, lemurs, otters, capybara, African hoofstock, porcupine, birds, tortoise, kinkajou, macaques, camel and coatimundi. The zoo has already held an open house, hosted mobile petting zoos and has nativity scenes lined up for the holiday season.

In other discussion, County Clerk Valerie West gave an update on the U.S. Census at request of Chairman Patrick Crews. Troup County has now reached the response level of 10 years ago and has 62.9 percent. The state’s response rate is 62.5.

“We have at least achieved what we did 10 years ago. We’d certainly like to have a few more [responses],” Crews said.

The deadline to respond to the census has been extended to Oct. 31.

In other business, the Strongest Link Award, given monthly to a county employee who demonstrates excellent performance, productivity and loyalty, was awarded to Troup County Fire Department Battalion Chief Roy Cadenhead.

Three 30-year employees were recognized — Chris May, Julian O’Neal and Alesia Steele. Finally, Elaine Barintine was recognized for 35 years of service to the county.

Commissioners voted to lift the hiring freeze for two positions. An assistant solicitor will be hired, along with an assistant E-911 director. Both positions were budgeted and had become vacant.

Lastly, commissioners approved two beer and wine sale applications — one for a market that will open at 2876 Hamilton Road and another for Whitetail Pub and Grill on Roanoke Road. The pub had a license already but switched over to a new operator and had to reapply.