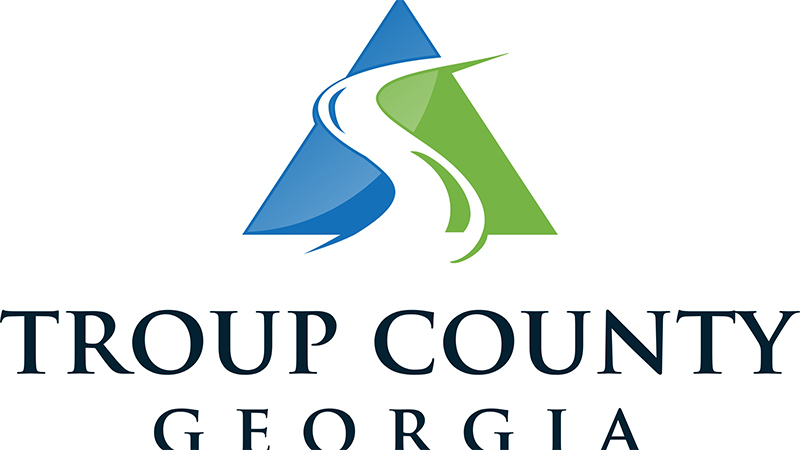 By Hunter Riggall and Jenna Oden

On Thursday night, six candidates for the Troup County Board of Commissioners spoke about the issues facing the county at a forum ahead of the Nov. 3 election.

The forum was hosted by the LaGrange-Troup County Chamber of Commerce and streamed on The LaGrange Daily News Facebook page.

After opening statements, four questions were asked by Moderator Curtis Brown, with each candidate given two minutes to respond.

The first question asked whether the county needed to raise revenue or cut spending to cope with the economic effects of COVID-19 and maintain a balanced budget. Question two asked what could be done to enhance West Point Lake to facilitate economic development. Question three question asked how the county could continue to build on racial reconciliation. The fourth and final question asked whether candidates thought there was a problem in Troup with litter, abandoned properties and overall blight, and if so, what should be done about it.

Moody responded to the first question about budgeting by saying he would like to see spending in other areas like housing initiatives instead of recreation.

“We could balance the budget without adding or taking from,” Moody said. “Where there is a critical need, the federal government is facilitating that. I think we’ve got the brain, but the motivation and insights takes leadership and I think I could do that.”

Moody said he would like to see the tax rate decrease.

“It’s somewhat excessive compared to other counties,” Moody said. “I think the budget should not go off the page. We can narrow it down with the money that we have and resources. We can get through this (pandemic) OK, and we are not at this alone. The federal government has kept us alive this pandemic.”

Cadenhead said he was very proud of the county’s flat budget for the upcoming fiscal year.

“It is great pride that we have department heads and employees that would take a flat budget and work with the commissioners not knowing what’s anticipated,” Cadenhead said. “It just makes the revenue look a lot better with a flat budget.”

Cadenhead said that quality of life for the citizens of Troup County is important to him. He added the lake adds to the quality of life in the community and to the local economy.

“The fact that we have bait, tackle, service stations, restaurants and hotels that are utilized for fishing tournaments are a huge impact,” Cadenhead said. “It needs to continue. I agree with what [Ogletree] said about advertising. We’ve said set aside that money from the local hotel-motel tax that is supposed to be used for advertising.”

Moody said he would like to see additional funding for recreation in the west side of the community.

“Many of the citizens of LaGrange and surrounding areas come to the LaGrange for fishing tournaments, so that’s a good thing,” Moody said. “But there are other areas that need to be addressed. The Griggs Center is one of the oldest centers in LaGrange and it’s flat. That’s part of the community. It’s got all that outer space … and it has a pool that has been there since the 70s. There’s a way we can improve the entire community. I don’t think you take all the money and put it in one area. It should be diversified.”

Moody said the minority community does not have many options for recreation.

“I’m all for improving our recreation and parks,” Moody said. “But I do think that through SPLOST, it is for that purpose only, to enhance the community.”

When it comes to how the county could continue to build on racial reconciliation, Moody said he doesn’t look at the color of people’s skin, but their character.

“LaGrange is 53% nonwhite, 47% white,” Moody said. “When you look at the board, it’s just like there’s no representation. Now diversity has to take place because it’s a dangerous thing when you get groupthink. Groupthink is when you’ve got a group of people all thinking the same.”

Cadenhead said he believes that everyone has to be involved when it comes to racial reconciliation.

“Everyone from children all the way to adults and right now the children really need to be involved through recreation and the facilities we provide,” Cadenhead said. “I think that we need to continue that and build on it even up for the adults. Everything that needs to be done goes back to involvement.”

To start, Davis said he has been fiscally conservative and responsive to the needs of his constituents. He named West Point Lake, most of which is in his district, and the Kia Motors Manufacturing of Georgia plant in West Point, as two of Troup’s greatest assets. He pledged to work for continued job creation and enhancements to the lake. Ogletree said the county was a wonderful pace to raise a family and that she wanted to unite Troup County residents from both political parties.

Davis, like other incumbents, said he was proud of the county’s flat budget this year and that revenues have been “better than anticipated.” County employees from the finance department recently told commissioners that after a drastic drop in revenue in the first months of the pandemic, county coffers are starting to recover.

“When you go around the state, and you talk to other communities, they envy Troup County, the way we handle our money,” Davis said.

Ogletree didn’t dispute that commissioners and the county manager have made good budget decisions, but thought the county should apply for more federal funding and grants. The county recently received $1.7 million in federal funding from the Coronavirus Aid, Relief and Economic Security (CARES) Act. A second stimulus package that could award more funds to localities has not passed, however, due to gridlock in Washington.

Ogletree also encouraged the county to use federal funds to give extra pay to county workers who have worked throughout the pandemic, like the City of LaGrange recently did. Board of Commission Chairman Patrick Crews said last week that the board was not opposed to that idea, but needed more time to get its financials worked out before making such a big commitment.

On the question of the lake, Davis mentioned the county’s ongoing plans to enhance Pyne Road Park, an initiative Davis has supported.

“Money’s tough. And I mean, it’s hard to it’s hard to justify a lot of things. But I think what whatever we do at Pyne Road Park and anywhere around Lake West Point, I think is going to benefit all our citizens,” Davis said.

Ogletree also supports better facilities at the lake, but thought more could be done to advertise West Point Lake “so more of the citizens and more people who are moving into this area know about the diamond we have here.”

When it comes to race relations, Ogletree called for law enforcement to get to know people in the community they police in order for LaGrange to avoid division.

“We’ve got to work harder, we’ve got to make sure that the things that have happened … in bigger cities, does not happen here,” Ogletree said.

Davis has taken the Racial Trustbuilding class, he said. Troup County residents are good about talking to each other, though there’s always more work to be done.

“I can’t sit here and tell you that I understand everything that a black person feels and thinks, nor can they say exactly what I feel and think. But all we got to do is try,” Davis said.

When the discussion shifted to blight, Davis said the county can only spend so much on litter and reminded people that trash on state roads were the state’s responsibility, and that commissioners voted to spend more on the county’s lawn mowing contract. He also said citizens need to be held accountable for littering.

Ogletree seemed to agree with her opponent, recommending more education and saying the new mowing contract was a step in the right direction.

Davis closed by saying he always tries to respond to constituent concerns and represent everyone.

“I ran as republican and I won as a republican,” Davis said. “But the day I was sworn in as a commissioner, that didn’t matter. I was sworn in to represent all citizens no matter who you were — black, white, rich or poor.”

In her closing statement, Ogletree cast herself as someone who would bring more diversity to the board and engage young people in government.

“We have to offer the next generation more options. and we have to be open to change … I’m a new voice and a good choice.”

Jones cited his long tenure (since 2001) to argue he’s helped guide the county through crisis before, including September 11, the 2008 financial crisis and now COVID-19. Lopez is the CEO of Ark Refuge Ministries, a nonprofit that works to help men struggling with homelessness, substance abuse or coming out of incarceration. She said that experience would enable her to be the “voice for the voiceless” and help strengthen the struggling people of the county.

On the topic of finances, Jones said there was no need to raise the county millage rate. He said the county should be conservative in its spending due to the unpredictability of the pandemic and its economic effects.

Lopez drew on her experience managing the budget of Ark, which she said was almost $300,000 annually, as evidence that she knew how to balance a budget. In good years, she said she’s put money away for a rainy day and would continue that practice in government.

In the recreation area, Lopez would like to see more outdoor pools under the recreation department, but also spoke about attracting commercial facilities such as a bowling alley. Jones said he and other commissioners had been working to see how the recreation centers could be improved and how kids could be better served.

On race relations, Jones echoed other candidates, saying Troup County had come a long way since integration, but that Black and White people needed to understand each other better. Lopez mentioned her membership of the Racial Trustbuilding board of directors and said commissioners needed to take a more active role in listening to people of other backgrounds.

“We can’t just put in a lip service, we have to do the work and be intentional about it,” Lopez said.

Litter, Jones said, has been a “question mark” for years. He thinks more could be done to educate young people in schools about the consequences of litter, but also pointed out the recently approved county lawn-mowing contract, which requires the contractor to pick up trash prior to mowing. The contract only applies to county roads.

Lopez praised community associations like the Calumet Park Neighborhood Association and said the county should partner more with them to address cleanup.

She also said the LaGrange Housing Authority’s work and the City of LaGrange’s “Leave LaGrange Better than You Found it” were good examples for the county.

Jones finished by bringing up economic development and said he would continue to work with state legislators, congressmen and the three cities.

“I want to continue to grow in a smart way to keep our industries here, to keep small businesses here, to have jobs and job opportunities for our young people,” Jones said.

In closing, Lopez emphasized her broad community involvement as valuable experience for a commissioner and said she would bring the perspective of a woman to the board.