UPDATED: TCSO deputy and narcotics suspect injured after being struck by undercover vehicle 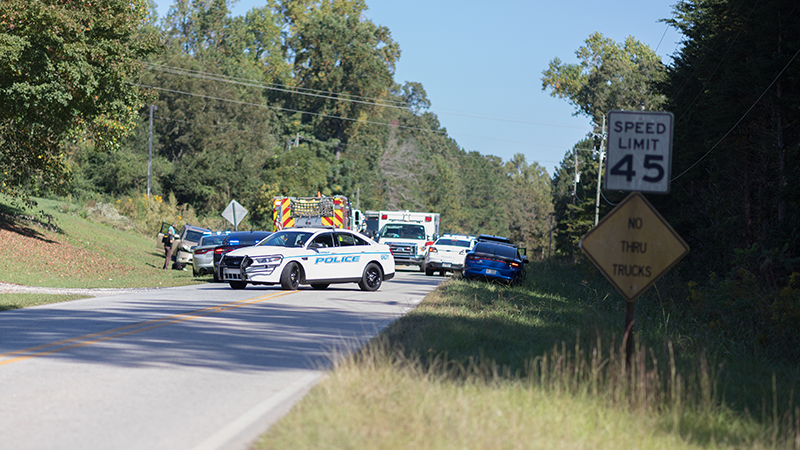 A Troup County Sheriff’s Office deputy and a suspect in a narcotics investigation are injured after a foot chase ended in an undercover TCSO vehicle accidentally hitting both of them.

On Wednesday morning, two TCSO deputies were executing a warrant for Emanuel Boyd, 21, a suspect for narcotics sales at Motel 6 on LaFayette Parkway.

According to TCSO Lt. Nathan Taylor, the suspect fled on foot after being detained. Boyd ran down a hill by the motel. When TCSO called in for backup, an undercover vehicle nearby came down Patillo Road.

Taylor said when the van attempted to stop at the bottom of the hill, the tires slid on the wet grass and came in contact with one of the deputies and the suspect.

Taylor said both have minor injuries and were taken to WellStar West Georgia Medical Center for treatment.

Georgia State Patrol is investigating the accident portion of the incident.