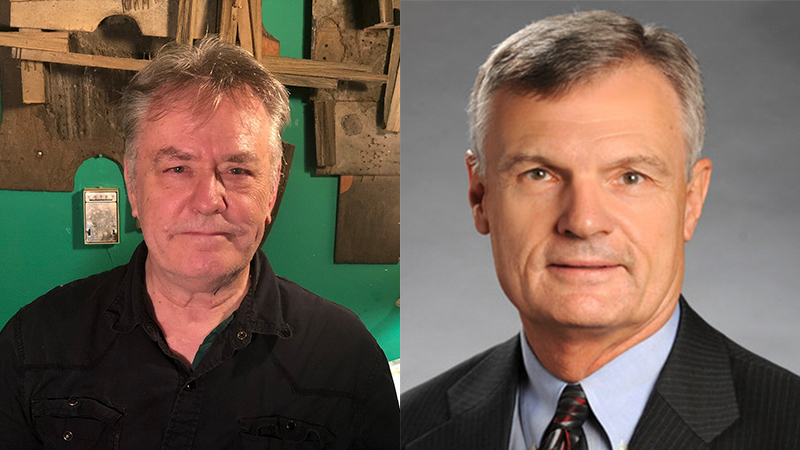 The district contains a northwest part Troup County, all of Heard County and southern Carroll County.

District 69 is heavily Republican, and Nix had no Democratic opponent in the last three cycles.

Giles spoke candidly about his chances, saying it “would be a miracle” if he won and joked that he was “just here to give Randy some competition so he won’t feel like he won it too easily.”

The two candidates answered the same four questions posed to their counterparts in the District 132 race. On the topic of healthcare, Nix said he favored a free market approach.

Instead, he said the state had already taken steps to expand healthcare through the Patients First Act.

Giles said voters should support Democrats because they will work to provide universal coverage and that Republicans listen too much to insurance companies.

When education cuts came up, Giles said he supported more funding for education but did not mention any specific proposals.

Nix, who serves on the state House Education Appropriations Committee, seemed to question the chamber’s description of “deep cuts.”

“There are other places that money comes into education. Other than just through the state budget,” Nix said.

Nix did say, however, that cuts had to be made to education since it was such a large part of the state budget (more than 50%).

Asked what should be done to increase enrollment in technical colleges, Nix called for more coordination between the colleges and high schools.

He also mentioned advertising campaigns and removing “the stigma” around skilled professions to encourage more young people to go into those programs.

Nix mentioned the Port of Savannah as an important part of Georgia’s infrastructure and said he supported funding transportation development to “the maximum amount possible.”

He also cited the excise tax on gasoline as a revenue generator, despite having taken “some real hits for [supporting] it,” at the time.

Nix closed by saying voters ought to support Republicans to keep Georgia growing.

“The conservative leadership that’s been provided by the Republicans, the conservative policies put in place over the past decade have been have attracted businesses and jobs to Georgia, and our economy is already rebounding,” Nix said.

Giles, acknowledging he was a long shot in the race, said he wished more people in the area were challenging incumbents.

UPDATED: TCSO deputy and narcotics suspect injured after being…