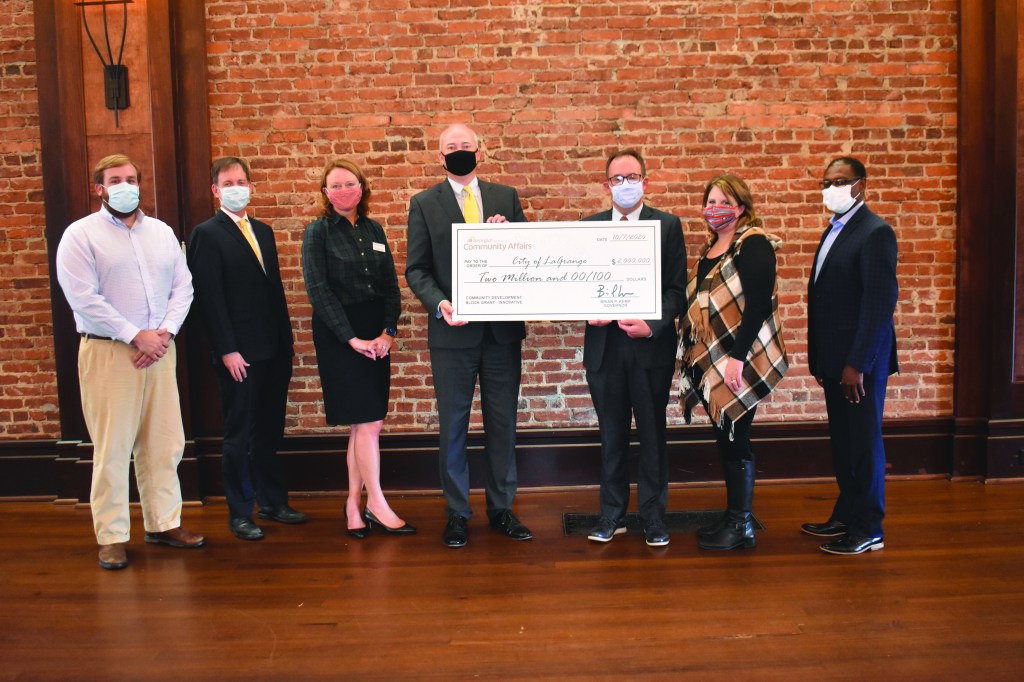 The City of LaGrange became the first recipient of the Community Development Block Grant Innovative Grant Program from the Georgia Department of Community Affairs, accoridng to a press release from the city.

The $2 million grant will be used for work on an area in the Whitesville Road Corridor. The city plans to acquire and reconstruct seven dilapidated homes as rental units, the release said.

The city also plans to purchase and renovate a commercial property that will serve as a Workforce Development Training Center.

There, individuals will receive job training and work alongside professionals in several professions, including carpentry, plumbing, electrical, and HVAC installation and repair.

The city says this project will help approximately 131 people.

“I appreciate DCA offering this opportunity for communities to think creatively and to propose innovative solutions to recurring issues,” Thornton said. “DCA’s grant will allow us to improve substandard housing, provide job training, and enhance one of our major gateways.”

According to the release, the CDBG Innovative Grant program centers around “projects that will result in transformational changes: individual or a series of activities which will support long-term, systemic, and sustainable change.”

The grant is only eligible for non-entitlement communities — cities with populations of less than 50,000 and counties with less than 200,000, the release said.

“This grant provides an opportunity for communities to demonstrate and develop forward-thinking, solution-driven initiatives that will enhance the quality of life for residents for generations to come,” said Kimberly Carter, DCA’s Office of Community Development director, in the release.

After preapplications were reviewed, LaGrange was one of five cities invited to submit a final application, the release said. Three of the five were selected, with LaGrange having the highest scoring application.

“The city’s Comprehensive Plan identified a lack of jobs and poverty as weaknesses in the community, so this project provides a much-needed remedy,” Carter said in the release. “The partnership-based focus also reflects the importance of collaboration for community improvement.”

According to the release, the LaGrange Housing Authority, Callaway Foundation, Dependable, Affordable, Sustainable Housing (DASH) Neighborhood Revitalization, Circles of Troup County, Ark Refuge Ministries, Fellowship Deliverance Ministries, Troup County School System, West Georgia Technical College and several private construction companies provided letters of support for the application. So too did the residents who are to be assisted by the project.

“The City of LaGrange has developed a remarkable community revitalization strategy which will result in housing solutions and workforce training,” said DCA Commissioner Christopher Nunn in the release. “It is this type of ingenious thinking that will continue to move communities forward.”