‘CSX WE HAVE CALLED. WE HAVE EMAILED’: Hogansville asks citizens to make formal complaint to help get train removed 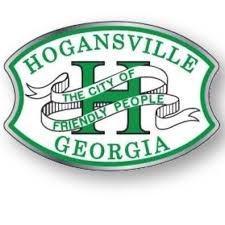 A train has interrupted the lives of locals in Hogansville. For a week now a CSX train has been stopped on the tracks blocking the entrance to Industrial Boulevard and Boyd Street.

“Until we put cones out, people were waiting 10 to 20 minutes thinking that the train was going to move,” City Manager Jonathan Lynn said. “We are hoping it gets moved soon.”

The city of Hogansville posted Thursday morning on Facebook a post that said, “CSX WE HAVE CALLED. WE HAVE EMAILED. WE HAVE FILLED OUT YOUR COMPLAINT FORM. However, even after numerous attempts and even talking to someone at CSX the train is still blocking the tracks here in Hogansville at the Boyd crossing.”

Mayor Bill Stankiewicz said it is affecting Van’s Hardware and Farm Supply, which is located across the railroad tracks.

“CSX works to limit impacts on communities where we operate, and we understand that stopped trains can be an inconvenience for our neighbors,” said Sheriee S. Bowman with CSX Media Relations. “CSX apologizes to the residents of Hogansville for the disruption that resulted when mechanical and operational issues caused one of our trains to block the Boyd Street crossing for several days. We are working on a plan to get the train moved as quickly as possible, while also keeping an open line of communication with community leaders and local first responders.”