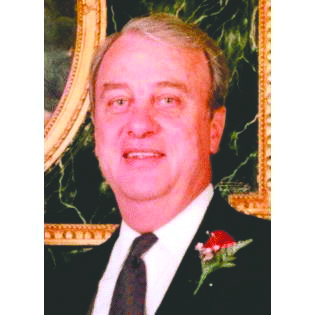 Gene is survived by his sister, Mabel Flower McNamee and sister in law, Patricia Brennan Flower.

Gene graduated from Notre Dame University in 1956. After graduation, Gene married Mary Jane McNulty on July 6, 1957. He enlisted in the Navy’s Officer Candidate School and served at the Great Lakes Naval Station. Jane and Gene moved frequently but ultimately settled in Atlanta in 1964 where they raised their three children, Donald John Flower, Ann Marie Flower Monley and David Arthur Flower. Gene’s professional life in home furnishings sales, marketing, and manufacturing involved traveling to the lower 48 states, and later in his career, to Mexico, Argentina, Asia and Australia. After retirement, Jane and Gene moved to LaGrange, where Jane pre-deceased Gene on June 27, 2015. Gene was a man of unflappable honesty, integrity, and community. Many in the Chastain Park area may remember Gene as a founder of the Bronco Baseball League at St. John’s Methodist in the 70s and after retirement, Habitat for Humanity, and his years of work at North Fulton Golf Course.

In lieu of flowers, the family requests donations be made to Habitat for Humanity International, 322 West Lamar Street, Americus, Georgia 31709-3543 USA, or on their website, habitat.org.