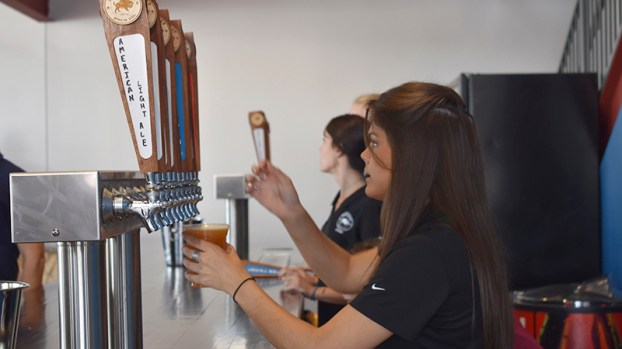 LaGrange City Council members unanimously approved the establishment of a schedule of fees for business inspections conducted by the LaGrange Fire Department on Tuesday.

At a Sept. 22 work session, LaGrange Fire Marshal John Thomas said LaGrange was one of the few cities in Georgia that did not already have fees for fire inspections. This has led businesses to take advantage of that leeway, he said, requesting several inspections to identify problems instead of ensuring they are up to code before inspections take place.

“We feel like, a lot of times we’re going out to businesses, three or four times to do these [sprinkler] tests … we’re kind of being used as a quality assurance program, versus them being prepared for the inspection,” Thomas said at the Sept. 22 work session.

The schedule of fees was drawn up after examining those of other cities. Mayor Jim Thornton emphasized at that work session that the fees would not apply to residential homeowners, but rather larger developments, industrial spaces and the like.

The fee for plan review of buildings exceeding $5,000 square feet is now 20 cents per square foot.

The council also unanimously approved a change to its general commercial zoning that will enable Wild Leap Brew Co. to manufacture wine.

The change added “farm winery” as a permitted use in general commercial. Farm winery is defined in Georgia law, and includes a stipulation that at least 40 percent of the businesses’ annual wine production be made from Georgia-grown produce.

The city council approved several items that will enable renovations to the city-owned building at 206 Ridley Avenue. The city purchased the building, formerly Ellsworth Hawkins Tax & Accounting, a few years ago.

The city is renovating the building, which will house tourism and Sweetland Ampitheatre staff, at a cost of about $1.6 million.

Because of Georgia law limiting the way cities borrow money, LaGrange is using a complex transaction to finance the project. The city transfers the property to the Georgia Municipal Association, which pays for the renovations through a loan from CenterState Bank. At the same time, the city leases the building from GMA and will pay off the debt to GMA over 10 years.

Thornton described it as a complicated way to secure a “really good deal”— LaGrange will pay an interest rate of only 1.59 percent over the next decade.

The council also voted to move its meetings from the Del’avant center, used to enable social distancing, back to council chambers. Read more here.

Two other ordinances were approved:

Florence Hand hosts memorial for residents who died during pandemic