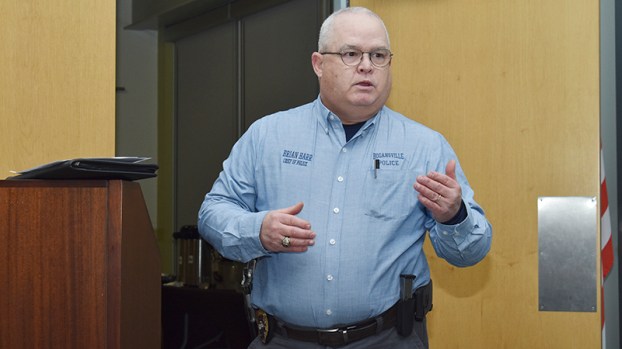 Hogansville Police Chief Brian Harr resigned Tuesday, according to a press release from the city of Hogansville. --File Photo

Hogansville Police Chief Brian Harr has retired, one officer has resigned and a third has been fired, following a third-party investigation into the department.

The city announced in a press release Tuesday that the investigation looked into internal matters that included alleged misconduct by officers, falsification of timecards, departmental policy violations, and lack of adequate departmental leadership.

City Manager Jonathan Lynn said he requested the investigation after learning of the allegations toward the end of September. Lynn said they were using a private investigations company called Southern Professional Investigations that includes retired GBI officers.

“We had several individual complaints within the department,” Lynn said.

The press release notes that Harr submitted his retirement paperwork on Tuesday. Lieutenant Raymond Gates was terminated and Sergeant Shane Fitch voluntarily resigned, according to the press release.

Lynn said Harr gave his retirement notice without the influence of others or the city council.

“There are standards that everyone should expect of all of our city employees. These standards were not maintained,” the press release said. “These actions are not a representation of our great city. We are confident that we will only move forward to a better place as a city during this transition.”

Lynn said he could not give specifics of the investigation or complaints until the official report has been released from SPI.

Lieutenant Jeff Sheppard has been named interim chief of police in Hogansville.

The city is meeting with HPD Tuesday night to discuss the next steps going forward.

When voters head to the polls Tuesday, they’ll decide on an amendment to the Troup County School System’s homestead exemption,... read more