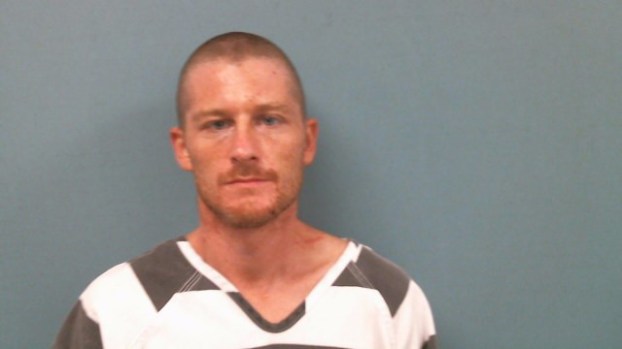 A 31-year-old LaGrange man was arrested Wednesday for allegedly assaulting his mother and girlfriend on Wares Cross Road.

According to the Troup County Sheriff’s Office, at around 1 p.m. deputies and investigators to Dollar General, in reference to an aggravated assault. Once on scene, a female victim was found bleeding with severe injuries on the upper part of her body including her head and face.

According to TCSO, the victim stated that she was at her home, as her son Jacob “Jake” Cruz, began fighting with and hitting his girlfriend while she was holding their small child, at which time the victim got between them in an attempt to separate the two.

TCSO said that at that point, Jake began striking her with a silver revolver type gun he was holding and at one point held it to her head and stated “I’m gonna kill you.”

The victim stated that when she fell to the ground Cruz kicked her in the face and continued to hit her.

A press release from TCSO said that after speaking with the victim and determining who the suspect was, deputies and investigators went to the residence in an attempt to locate Cruz. The suspect was found hiding in the yard behind the home and as deputies were approaching him he charged them in an aggressive manor and deputies tasered Cruz and took him into custody.

Both the victim and the suspect were transported to WellStar West Georgia Medical Center for treatment and evaluation. According to TCSO, a short time later, as the suspect was being released from the hospital and being escorted by a deputy and hospital staff, he pulled away and begin fleeing from custody. TCSO said he was captured after a brief foot pursuit and then securely placed in the patrol car and transported to the Troup County Jail.

The suspect is charged with the following as of Thursday morning:

The Troup County Board of Commissioners approved a request from the Troup Fire Department to purchase an aerial apparatus firetruck... read more