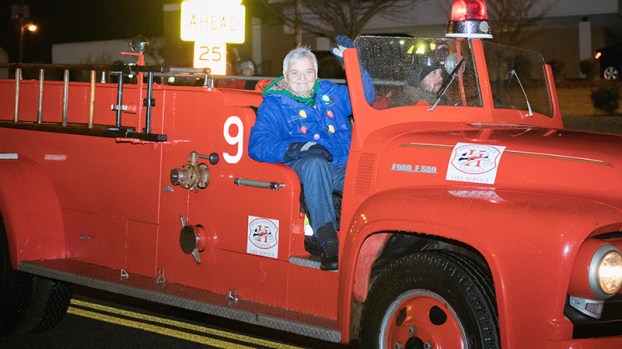 The city of Hogansville has announced that it will continue with its annual Christmas parade.

The “Christmas in Toyland” parade will be Saturday, Dec. 5, beginning at 6 p.m. Like years past, the parade will begin at Hogansville Elementary School and travel down Main Street.

“We are going to ask everybody to do as much socially distance separation as they possibly can as they are watching the parade go by,” said City Manager Jonathan Lynn. “We highly encourage everyone to mask up that night.”

Hogansville will begin Christmas festivities at noon on Saturday with a Christmas bazaar at Calvin Hipp Park.

“We are going to have a DJ and craft vendors,” Lynn said. “It’ll be very small scale, and we will limit it to under 15 vendors. We won’t have a lot but want diversity with what we are doing. It’ll be a fun thing for people to do outside safely.”

Lynn said he hopes it helps people get in the Christmas spirit as the holiday approaches.

Santa will be in the gazebo at Calvin Hipp Park immediately following the parade for pictures.

“He’s going to be a safety Santa this year,” Lynn said. “We are going to have a very safe and protocol-heavy event.”

It costs $30 for craft vendors and $75 for food vendors who participate.

Those looking to put a float or group in the parade must pay $10 and fill out an application by Nov. 27. There will be a $15 late fee added on after the deadline.

Float entries must depict the theme of the parade through decorations and dress of the participants.

“Kids need a reason to get out,” Lynn said. “They haven’t had anything to look forward to for the last eight months. We definitely wanted the theme to be something kid oriented. The decorations can be anything toy related from nutcrackers to bikes and Slinkys. Anything that you could think of as a little kid that reminds you of Christmas.”

Vendor and Parade Applications are available on the City of Hogansville’s website at www.cityofhogansville.org.

“We’re absolutely excited about continuing and having the parade,” Lynn said. “We really wanted to make sure that we could end the year with something positive.”