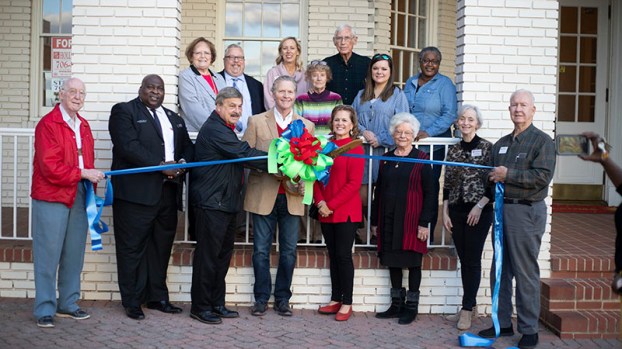 Dave Knight, a LaGrange native, and Randall Redding, a general contractor, bought the property as 50-50 partners in 2018. The building was purchased by Colonial Properties Group LLC for $277,500 from The Salar Partnership, according to Troup County Property records.

Since then, they’ve gutted vacant offices over the past 14 months.

“We’ve gone in and painted and put new flooring in,” Knight said. “We did the second and third floors. We put new hallway floors and ceiling tiles in. We also put in a whole new HVAC system and redid the plumbing and wiring.”

Knight said they wanted to keep the original integrity and history of the building.

The hotel was opened in 1925 and has a long history in LaGrange. It is the place where the civic clubs used to meet, and it hosted Franklin D. Roosevelt in 1929, back when the future president was still the governor of New York.

It stopped operating as a hotel in September 1967 and was turned into apartments in 1968.

Knight said they want the property to be an asset to the community.

“We invite other businesses that want to be downtown to come look at our office space and we would like to talk to them about renting,” Knight said.

“We have spaces anywhere from $1 to $1.50 a square foot. It all depends on the location of the office space and its negotiable depending on how much square footage someone needs or what floor they are on.”

Property manager Steve Daniel, said the building is in excellent shape and ready for new tenants.

“I think they’ll find a nice place to be and be part of the downtown office spaces,” Daniel said. “We’ve got about 18 spaces in the building and some of those are currently occupied.”

Daniel said there are four large spaces available on the first floor that can fit a retail outlet, event center or even a restaurant.

“We would be glad to talk to anyone,” Daniel said. “We have a parking lot on the side of the building. Downtown parking is essential and we’ve got a big parking lot with about 26 spots.”

LaGrange residents are feeding the community and getting in to the holiday spirit this weekend. GetFed will be handing out... read more