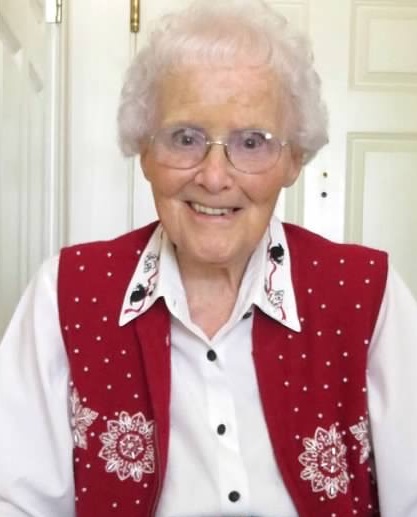 For almost 60 years, she was Hoisington’s all-around organist and piano teacher.  She played for thousands of services – church, weddings, funerals, and high school commencements.  She taught hundreds of kids piano, bringing music alive with her upbeat spirit.  She taught a young adult Sunday School class called “Pairs and Spares.”  She loved movies and dogs and was an inveterate walker.

Owing to the pandemic, a private burial for immediate family will be held graveside at Hoisington Cemetery.  A memorial service will be planned at a later date to celebrate her life.

In lieu of flowers, memorials may be made to the First United Methodist Church of Hoisington or to Kans for Kids Fighting Cancer Foundation, in care of Nicholson-Ricke Funeral Home, P. O. Box 146, Hoisington, Kansas 67544.

Miriam B. Patterson of Deerfield Beach passed away Nov. 28, 2020. Mrs. Patterson was the beloved wife of George for... read more