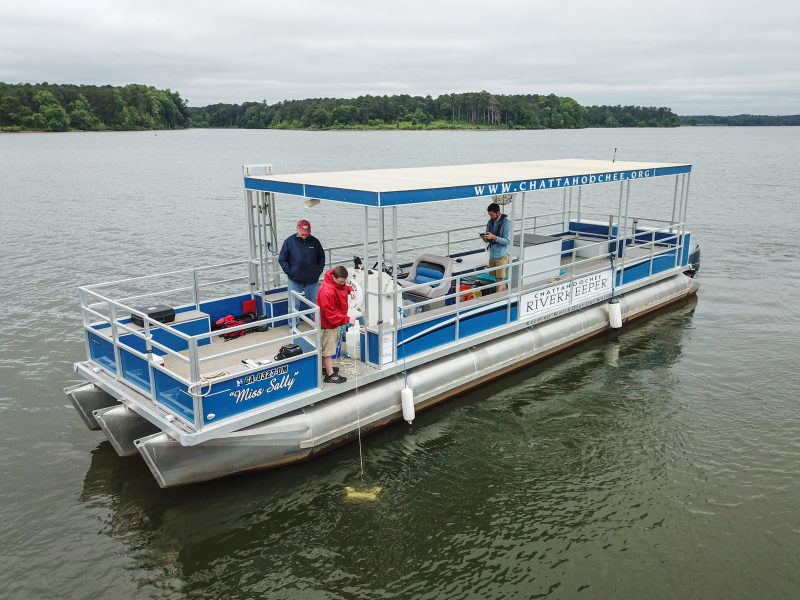 CRK announced the results via a press release on Friday, saying that the results are determined based on testing performed on one full day each month between April and October. The monthly results are then averaged to develop a single value to compare to the state standard.

The samples are analyzed for chlorophyll-a — a measure of the amount of algae in the water and an important indicator of the lake’s health.

“Based on data from routine water quality monitoring by CRK, the Chattahoochee River downstream of Atlanta and West Point Lake are healthier than they have been in decades,” said CRK Middle Chattahoochee Director Henry Jacobs. “CRK’s water monitoring efforts on West Point Lake cover both the short and long-term health of the lake. By monitoring bacteria levels on a weekly basis, we know that federal water quality standards are being met the vast majority of the time. The only exception is immediately after heavy periods of rainfall when storm water runoff can cause bacteria levels to rise temporarily.”

Jacobs said the routine sampling of chlorophyll-a levels in West Point Lake allows CRK to monitor the overall health of the lake as a place for recreation and wildlife as well as its ability to provide a safe source of drinking water.

“It’s important to note that West Point Lake is meeting water quality standards, and we encourage people to continue enjoying the lake,” Jacobs said. “But know that CRK is concerned by the slowly rising trend in chlorophyll-a levels and will continue to monitor the health of the lake on an annual basis and keep the public up-to-date and informed.”

CRK said it’s unclear at this point whether the increasing chlorophyll-a trend can be attributed to an increase of stormwater runoff, point-source discharges or warmer temperatures. The chlorophyll-a level is important to track because nutrients concentrated in large amounts from raw or partially treated sewage, fertilizers, and stormwater runoff can result in excessive growth of algae that deplete oxygen in the water and cause odor and taste problems in treated drinking water. In extreme cases, nutrient pollution and excessive algae can cause widespread fish kills.

CRK noted that in Georgia the six warmest years on record have all occurred in the past six years beginning in 2014 and urban growth and development throughout the region continues to contribute untold amounts of stormwater runoff into the river.

CRK credits the support of the city of LaGrange and individual donors for being able to conduct nutrient monitoring annually on the lake since 2014.

For more information about Chattahoochee Riverkeeper, water monitoring and how to support their efforts in 2021, visit www.chattahoochee.org or contact Jacobs at