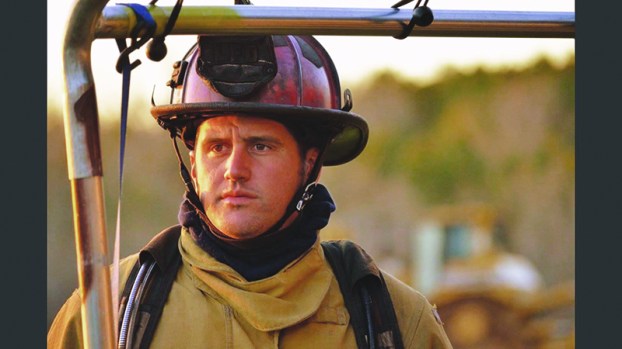 For years, the LaGrange Fire Department has always given out a Firefighter of the Year award but for the first time in 2020 LFD recognized an officer of the year.

This years winner is Station 2 Lt. Caleb Harrison, 36, who has worked for the department for almost 20 years and has given each day his best.

“I really had no idea I was going to win the award,” Harrison said. “I really try to stay low key when it comes to recognition. I think that was maybe one of the big things that made me a candidate. I really like to just get things done and do them to the best of my ability and not seek recognition for it. I want to help the folks around me and that’s just how I’ve always been.”

Unlike Firefighter of the Year, this award is voted on by everyone in the department.

LFD Chief John Brant said Harrison has always been a great role model to other firefighters and comes to work to not only serve the community but work hard. He noted that Harrison received multiple nominations.

“Caleb is dedicated to the department and fire service as a whole,” said Brant. “No matter what is going on, he is always there to help. It was good to see someone who had dedicated so much time to the fire department be the first one to win this award.”

Brant said he wanted to start this new award to give recognition to the officers that help lead and develop the firefighters.

“It also helps them get feedback from everyone on the job they are doing,” Brant said.

When Harrison first started working for the department in May 2004, it didn’t take long for him to rise in ranks. Within three years, Harrison was promoted to sergeant in 2007 and then lieutenant in 2010.

Through his time at the fire department Harrison has gone through multiple training courses and has trained other fire departments across the nation.

Harrison said he was the officer in charge during Labor Day weekend when a fire engulfed a home on Revis Street in 2018.

“That event sticks out in my head specifically because everything I had done leading up to that fire has shaped me and my decisions, whether it was a good experience or a bad experience,” Harrison said. “That’s one of the biggest things that sticks out from a career standpoint, is seeing what we did that night. There were things that went good and things went terribly wrong, but we adjusted. There were guys that did end up getting injured, but it could have gone much worse.”

While inside the house, the fire flashed and the four firefighters had to jump through the windows to escape the 1200-degree fire. Four LaGrange firefighters — Pete Trujillo, Jordan Avera, Jonathan Williamson and Josh Williams — were hospitalized due to burns from the fire.

All firefighters have since recovered from their injuries. Harrison and all firefighters involved were awarded at the Ronnie Thames Foundation Silent Hero Banquet in Atlanta in 2019.

They were received the Teamwork Award that recognizes a group who works collaboratively in order to achieve a common goal.

“I was really proud to win Officer of the Year,” Harrison said. “I felt like it was a really positive reflection. I was excited and honored to know that many people thought that highly of me. To be nominated is one thing but to also win it is a really proud moment.”

Each year, local domestic violence shelter Harmony House puts on one of the biggest events of the summer, which typically... read more