Editor’s note: This story is updated with further information and clarification from the LaGrange Police Department. 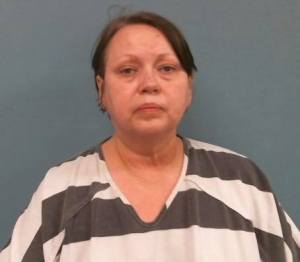 One person is dead after five people were shot Sunday morning after a dispute at Commotions Club, and a husband and wife are wanted on murder charges.

According to the LaGrange Police Department, officers arrived to the scene at 12:51 a.m. on Sunday in reference to multiple people shot. One of the gunshot victims, Steven Perkins, 47, of Hogansville, later died from his injuries.

Cavender said the murder charges stem from the Perkins’ creating the incident and causing the death of another during a crime.

According to Cavender, an altercation occurred in the club that carried over into the parking lot. Johnny Perkins became involved in an altercation with on-site security when he was made to leave Commotions. As Perkins was leaving, he produced a handgun and began to shoot at club security, who returned fire. Both Johnny Perkins and his brother, Steven, who was also involved in the dispute, were shot by security. As the dispute was ongoing, Kristi, allegedly attacked the manager on duty in an attempt to assault her. LPD said that Kristi tried to bite the manager on duty and then retrieved her own handgun and shot in the direction of a security officer and manager on duty.

The rounds fired struck a security officer, bar patron and the club’s DJ. The security officer was treated and released while the other two were taken by ambulance and flown to other area hospitals. Cavender said both the DJ and patron are expected to recover from their injuries.

He said the police department doesn’t get called out to Commotions more often than other clubs in town.

“Commotions has been around for many years and in that time, there have only been a few times where we have had to be called out there,” Cavender said. “Most of the problems we have had out there are the same at any other bar in LaGrange. It is also usually caused by patrons not employees.”

Anyone with information about this incident is asked to contact the LaGrange Police Department at (706) 883-2603 or Troup County Crime Stoppers at (706) 812-1000. The Troup County Sheriff’s Office and Georgia State Patrol also assisted with the initial scene and evacuation of injured from the scene.

For years, the LaGrange Fire Department has always given out a Firefighter of the Year award but for the first... read more