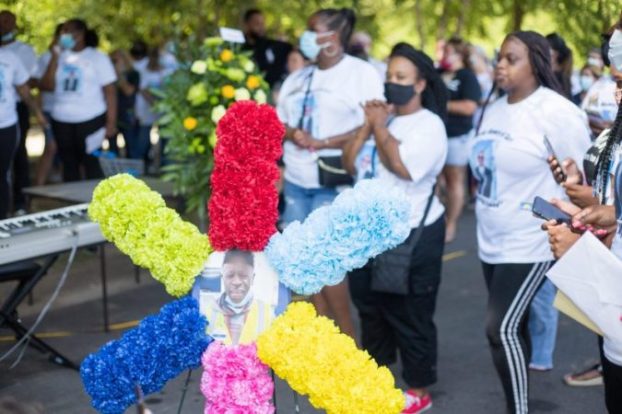 Year in review: Looking back at July, August and September

EDITORS NOTE: This is the third of a four-part series looking back at the year 2020 in Troup County.

Carl Green, a longtime Walmart employee who was beloved by shoppers and colleagues, died in early July. The Walmart stockman, who was well-known for his kindness toward others, was honored by his fellow employees at a ceremony on July 3.

Natalie jones, a Heard County mother of two, was last seen by friends leaving a Fourth of July party on July 5. Her body was found in her car in Heard County in October.

Georgia Department of Public Health District 4 Director Dr. Olugbenga Obasanjo resigned abruptly. Obasanjo, known colloquially as “Dr. O.,” had been the public face of the response to COVID-19 in District 4, which includes Troup and 11 other counties.

The Junior Service League Attic Sale was held virtually due to the pandemic. The year 2020 was the first year since 1974 that the attic sale was not held in-person.

Joshua Overkamp, owner of the bar 86’d, was charged with rape by the LaGrange Police Department.

Months after completing high school, 2020 graduates of LaGrange, Troup County and Callaway High Schools walked the stage and received their diplomas. The ceremonies were held separately at Callaway Stadium with COVID-19 safety procedures in place.

John Taylor, who served for 46 years as the attorney for the Troup County School System, died at the age of 77. Taylor was remembered by friends and colleagues for his professionalism, public service and encyclopedic knowledge of the school system and its history.

A Troup County marshal was shot and injured by a fellow marshal when both fired at a charging pit bull at Glass Bridge Park.

Back the blue boat parade held

Hundreds of boats filled West Point Lake for a back the blue boat parade. Boaters waved pro-police and pro-Trump flags at the event.

Damario Davis was arrested on Aug. 7 by the LaGrange Police Department for reportedly setting fire to his ex-girlfriend. The woman escaped from the man’s car, flagged down police and was taken to the hospital.

Sweetland Ampitheatre announced the cancellation of all 2020 concerts due to the pandemic and began the process of refunding ticketholders and rescheduling acts for 2021.

Dobbs served as manager for more than 40 years and retired in 2012. Dobbs oversaw many projects in his tenure and was remembered for his large impact on the county government’s services, facilities and development.

The Georgia Radio Museum closed permanently. CEO John Long attributed the closing to a lack of interest from the public and a lack of support from community and government leaders. Long announced plans to take his museum elsewhere in the state.

Troup County School System students returned to school after being out since March. Online and in-person options were made available and masks were required for all students and staff members.

TCSS announced that Callaway Stadium’s capacity would be reduced to 30 percent of its normal capacity.

Inmate accused of attempt to solicit murder of deputy

A Troup County Jail inmate was charged with criminal attempted murder after allegedly trying to hire someone to murder a Troup County sheriff’s deputy.

The organizers of the annual HOPE Walk for breast cancer retired the walk. Paint the Town Pink was held virtually, and organizers are planning to do a different type of charity event in the future.

Phoenix Landing Apartments, a $12 million affordable housing project, was completed by the Lagrange Housing Authority. The 66-year-old Phoenix I, formerly known as Benjamin Harvey Hill apartments, was torn down.

LaGrange High School celebrated the opening of its new, $15-million athletic facility. The new facility features an indoor gym with bleachers, an indoor practice field and a large practice room for wrestling and competitive cheerleading. The old gym was 70 years old and falling into disrepair.

The City Council of LaGrange approved the payment of $600,000 in Coronavirus Aid, Relief and Economic Security (CARES) Act funds to city employees. The money was awarded to about 400 employees as hazard pay, in recognition of their work throughout the pandemic.

A 25-year-old Kia Motors Manufacturing of Georgia contractor employee died by suicide in the south parking lot of the KMMG facility in West Point.

WEST POINT — Like most cities in the U.S., West Point endured a difficult year in 2020 with the COVID-19... read more