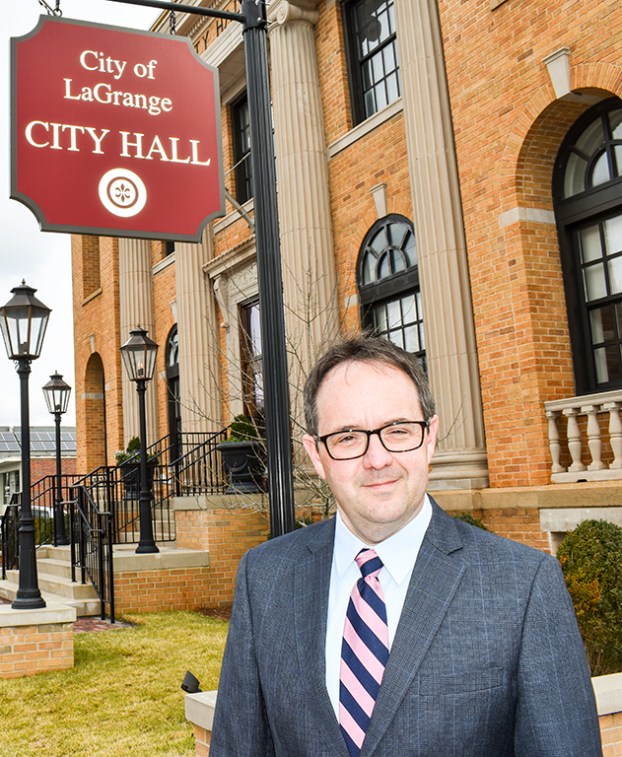 LOOKING BACK: Thornton reflects on 2020

The year has wrapped up, and LaGrange Mayor Jim Thornton agrees with the rest of us: “2020 has been a year like no other,” he said.

In an interview, Thornton looked back at the year that was defined by COVID-19. While he said that nobody was unaffected by the pandemic, he was proud of the way LaGrange responded to it.

“I’m probably most proud of the way that the city has come through the pandemic relatively unscathed … I can look back and say that we maybe didn’t do everything right, but I think we did most things right,” Thornton said.

Troup County was hit hard in terms of cumulative COVID-19 cases and deaths. According to Georgia Department of Health data, the county has seen, in cumulative terms, 5,654 cases per 100,000 people, higher than the state average of 5,152 cases per 100,000.

The gap in COVID-19 deaths between Troup and the state is significantly larger. Georgia has had 90.5 deaths per 100,000 people, Troup, 171.8 per 100,000. LaGrange itself holds less than half of the county’s population, though, so there’s no way to know how the city fared versus the county as a whole.

“I think it’s really hard to Monday-morning-quarterback the COVID pandemic because nobody knew what this was going to look like,” Thornton said.

In terms of what could have been done differently, Thornton wishes there had been more coordination between cities, counties and the state.

Thornton does believe, though, that LaGrange and Troup did better than most communities in coordinating between government, business, schools and healthcare, “because we actually do talk to one another.”

Thornton also regrets that former District 4 Public Health Director Dr. Olugbenga Obasanjo resigned from his position. And while he believes most residents did their best to follow public health guidelines, some were not cooperative.

Some people, due to cultural or individual factors, were more resistant to medical advice, he said, which meant there were “pockets of resistance” that made it more difficult to contain the spread of the virus.

“At the end of the day, we’re a free country, and people get to make decisions for themselves and their families,” Thornton said. “And they don’t always make the decisions that are in the best interest of themselves or their families. But I think most people did.”

The economic toll of the pandemic has affected city budgets across the country. The city has not levied property taxes in decades, instead funding local services through profits made by LaGrange utilities. Those profits have taken a hit, Thornton said, particularly in gas and electricity.

“A lot of that is probably due to slow-downs and plant closures during the height of the pandemic at some of our larger industrial plants, and some of it may be due to residential as well,” Thornton said.

Sales tax revenues were a brighter spot, though, remaining steady due to increases in internet sales, which cities and counties get a cut of, the mayor said.

Looking to 2021, Thornton is hopeful that LaGrange continues to grow. Construction projects that were put on hold due to the pandemic will hopefully ramp up again, and manufacturing will hopefully be back in full swing.

Thornton said the pandemic has illustrated the need for public parks and recreation services, and he said he was excited for The Thread to continue to grow.

He thinks people will recognize the value not just of parks, but of space itself.

“What I mean by that is, I think that there are a lot of people who’ve lost the appeal of living in the big city, and maybe are interested in having a little bit more of that small-town life and experience, particularly if they’re going to be working remotely,” Thornton said.

He hopes that leads to a boom in single-family housing. The year 2020 will be remembered not just for the pandemic, though. The country experienced protests on a massive scale and remains divided over issues of policing and race. Some protests occurred in LaGrange, but Thornton said he was glad they never turned violent. Thornton spoke about events held by churches and law enforcement agencies as a good sign. LaGrange itself passed a nondiscrimination ordinance and a local hate crimes ordinance. It also moved forward on criminal justice reform by decriminalizing small amounts of marijuana.

“I’m certainly not going to say that we’re immune to any of those issues, we’re certainly not. But I think that the approach that the city, the other cities and institutions have taken over the years of being very proactive in response, and the efforts that individuals have put into maintaining cross-racial relationships, it really paid off for us on the local level,” Thornton said.

Public safety is often cited as one of the first responsibilities of government. Crime rates have fallen nationally over the past few decades, but in the past year, national homicide rates have risen.

According to the LaGrange Police Department, there have been seven murders this year, up from four last year.

“I think probably the COVID pandemic has resulted in a lot of substance abuse, mental health challenges, etc.,” Thornton said. “And some of those have trickled over into violence, I think there’s been an uptick in domestic violence across the country there’s been an uptick in the murder rate across the country … I haven’t seen the final numbers on the year, but I’m sure we’re going to see a similar increase.”

Going forward, Thornton said himself and the council are likely to support increased funding to the police department as the city grows in population. Moving into 2021, Thornton is still focused on the pandemic.

“Everything though, remains clouded by COVID-19, and we’ve got to get past that,” he said “And once we once are able to put that in the rearview mirror then I think it will change all of our perspectives.”

Even as vaccines have reached medical workers and first responders in Troup County, the county was on the cusp of... read more