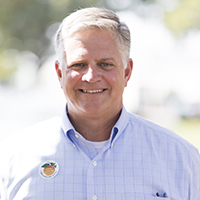 Congressman Drew Ferguson was safe and in an undisclosed location as of early Wednesday evening, according to a Brian Piper, a spokesperson for the congressman.

Members of Congress were evacuated Wednesday afternoon when pro-Trump protestors stormed the Capitol as Congress was counting electoral votes from the November presidential election.

One person was shot and killed at the Capitol, according to news reports.

Piper did not disclose Ferguson’s location due to the ongoing security risk. He declined to say whether or not Ferguson supported the effort among some Republicans to overturn the election of Joe Biden by objecting to the electoral college count.

LaGrange Mayor Jim Thornton made his thoughts clear on Facebook.

“The events unfolding in Washington, D.C., this afternoon are shameful and depressing,” Thornton wrote.

“The United States of America has been a great democracy, a beacon of light on a hill for other nations to respect and to emulate, and I believe it will be again. But today it is not. Today, our nation has descended into lawlessness and mob violence. Those storming the Capitol are criminals, and if you respect the rule of law, if you honor the traditions of our nation, and if you are a patriotic American, you have to call them out as such and support the police in their effort to restore order. I condemn the protesters storming the national Capitol without any hesitation or equivocation. Every patriotic American should join me in that condemnation.”