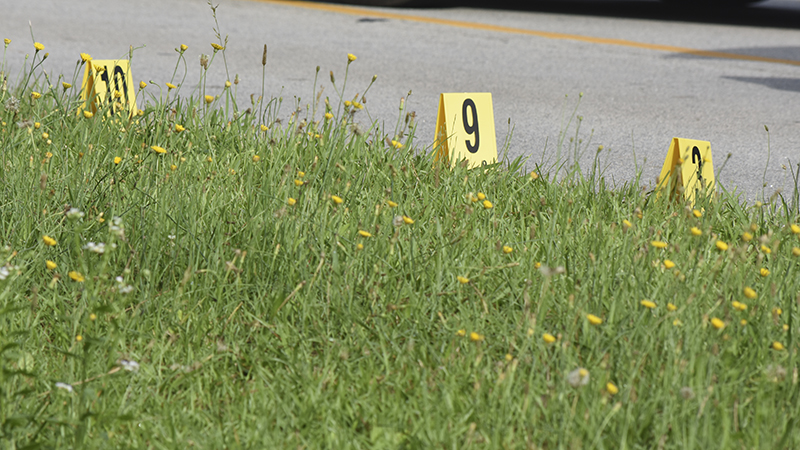 The LaGrange Police Department has released preliminary statistics about crime that occurred in the city in 2020. The city had seven homicides, up from four in 2019.

LPD Chief Lou Dekmar, who has served as chief since 1995, said he can’t remember a year where there were more than five homicides in LaGrange since 1997-98.

Of the seven homicides, LPD has made arrests or drawn warrants in four. Of the other three, LPD has persons of interest in two, and expects to make arrests soon, Dekmar said.

“I believe every individual that we arrested for homicide was on parole probation or out on bond for a felony offense,” Dekmar said, later adding that 62 percent of violent crime warrants were for people on parole, probation or bond.

Dekmar stressed that all numbers for 2020 were preliminary. Some still need to be reviewed by LPD before they are submitted to the Georgia Bureau of Investigation, who in turn reports them to the FBI.

He attributed the increase in homicides to people being released from jail.

“The fact is we’re arresting these people,” Dekmar said “But, for reasons that are not always clear to me, when they’ve demonstrated a history, or disposition that endangers the public, they’re still given the opportunity to be placed on probation, parole despite the fact they are a danger to the community.”

Dekmar has been supportive of criminal justice reform though. In the past, he’s called the district attorney’s office or the city solicitor to recommend pre-trial diversion, bond eligibility or book-and-release for some.

“Of the dozen or so national police organizations, as President of IACP [International Association of Chiefs of Police], I was the first to recommend that we support the First Step program that was passed by Congress and signed by President Trump … if you look at the record, there are individuals that absolutely are deserving of another chance,” Dekmar said.

He emphasized, though, that there shouldn’t be a “broad brush” approach. Some efforts to prevent overcrowding in jails amid the pandemic may have led to the wrong people being released, Dekmar believes.

“Some of it, I believe, is related to COVID, in that there’s a reluctance to keep people incarcerated if there’s alternatives,” he said.

Harold D. Melton, the Chief Justice of the Georgia Supreme Court, suspended jury trials statewide on March 14, due to the pandemic. Jury trials resumed in October but were once again put on hold in December due to a surge in cases.

The high number of homicides was not mirrored in all categories, however. Overall, violent crime was down in the city, from 150 incidents in 2019 to 124 in 2020, a 17 percent decrease. Aggravated assaults decreased from 107 to 76 and rape decreased from six to five.

Thefts were up 7 percent, from 1,352 to 1,451. However, Dekmar said the bulk of that increase was due to the rash of mailbox thefts that occurred early in 2020. Five people were charged for a string of crimes that Dekmar said represented between 250 and 300 incidents.

In looking back on 2020, LaGrange Mayor Jim Thornton theorized last week that the pandemic may have led to more substance abuse and mental health crises, as well as domestic incidents.

Dekmar thinks COVID-19 has “certainly been an aggravating factor.” In 2019, there were 446 domestic violence incidents. That increased to 485 in 2020.

Dekmar has also been concerned that child abuse referrals are down, believing the trend is artificial.

“They’re not in school as much, or they’re not out and about,” Dekmar said. “And the opportunity for individuals to see children that may be suffering from abuse, we’re not receiving nearly the number of reports that we had previously.”

Here are the seven murders that took place in the city in 2020:

On Feb. 13, Patricia Underwood, 78, was killed by a stray bullet that hit her in the head. The store owner was in her convenience store, Pat’s Corner Store, on Union Street.

On Sept. 29, Mondelrius L. Gray, 20, was found shot multiple times in a vehicle on Whiting Street. He was pronounced dead at the scene.

On Nov. 29, Derek Davis, 26, was shot on Mc Gregor Street. He died from his injuries the following week.

On Dec. 27, Steven Perkins was killed in a shooting at Commotions Club.