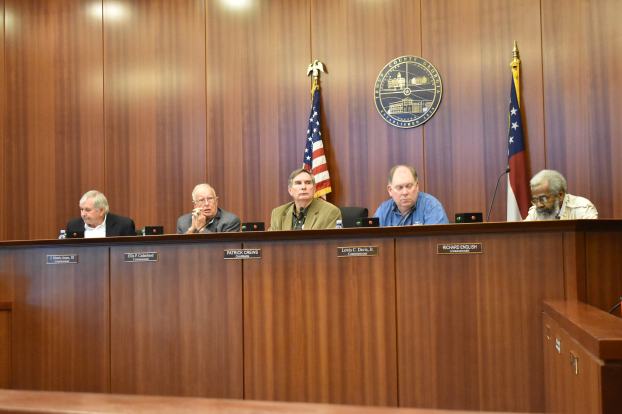 Troup County will have its third mowing contractor in less than a year after commissioners approved a new contract with Amazing Scapes of Columbus, Georgia.

Amazing Scapes will be tasked with mowing grass and removing trash on county right-of-ways.

“They still have not shown up and their tractors are still in the same place they were two weeks ago,” Evans said at the Board of Commissioners Work Session last Thursday.

BCLS’s contract will be terminated. Before the county chose BCLS as the contractor in September 2020, the previous contract was not renewed because the county was not pleased with that company either.

Amazing Scapes will be paid $144 per mile to mow and $29 per mile to remove trash. The costs are already budgeted.

In other business, the county is moving forward with re-roofing the government center and Juvenile Court building.

It will include removal and replacement of the air handler located on the roof, which will have to be removed with a crane. The project will also involve ductwork and design changes due to the removing of the air unit.

Public Services Director Dexter Wells said at last week’s work session that the roof had many leaks and patches and has sustained damage from several hailstorms over the years.

The cost for design and bidding the roof is estimated to be $47,500 for the government center and $16,000 for the Juvenile Court building. An additional $3,500 per month will be paid for construction administration.

Commissioners also gave the green light for Wells to contract with 2WR + Partners of Columbus to assess improvements to the government center’s parking deck. Constructed in 2003, Wells said deterioration on the deck has necessitated the assessment and design phase, which will take about 8 weeks. The cost of this phase will be about $126,000, plus $11,000 for testing. After the design phase, the project will go out for bid.

The board approved a request from the Troup County Fire Department to apply for two grants under the Federal Emergency Management Agency’s Assistance to Firefighters Grants Program. One grant would replace the 3-inch hoses with 5-inch hoses on all frontline fire engines.

“If you think about a fireground scene right now, sometimes we put two three-inch hoses on the ground, we’re only going to have to put one five-inch hose,” TCFD Chief John Ekaitis said at the work session.

The award will be approximately $250,000 if received and would require a 10 percent match from the county.

The second grant is a regional grant along with the West Point Fire Department to apply for portable radios for every firefighter.

All full-time TCFD firefighters have a radio, but Ekaitis said they are outdated. Some volunteer firefighters lack a portable radio. The county would hopefully purchase 58 new, 800 MHz radios.

“You go into a burning structure, you may have two or three firefighters, and one may not have a radio, they may get separated, and if they get separated you know they’ll have communications if we are awarded this grant,” Ekaitis said.

Commissioners also approved a request for Parks and Recreation to apply for a $300,000 2022 Georgia Department of Human Services grant to help fund Troup Transit. The county has received the grant since 1999.