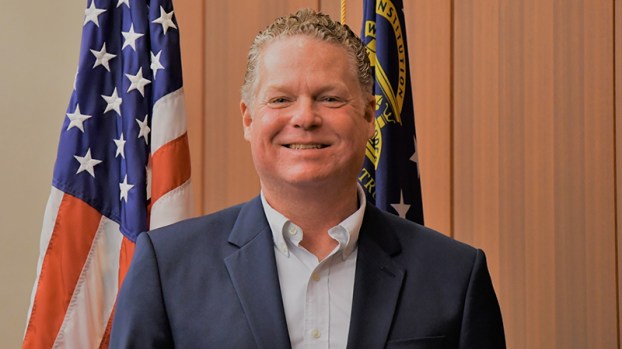 Strickland is taking over for Dennis Knight, who is moving into a new role as grant manager.

Strickland worked as a firefighter in Fayette County for more than 30 years and holds associate’s and bachelor’s degrees in fire science from Columbia Southern University.

“We are excited to have Michael onboard as our new Emergency Management Director. We felt that he was the right leader to build and cultivate relationships with our key partners so that we could ultimately serve the citizens of Troup County and beyond,” said County Manager Eric Mosley, in a press release.

Strickland holds numerous certifications in fire, EMS and emergency management, is a Georgia and nationally registered paramedic, and is an advanced certified emergency manager through the state.

In his role as EMA director, Strickland will be responsible for making sure the county has the plans, processes and partnerships in place with local, state and federal agencies in case of emergencies.

Parts of Troup are prone to flooding, Strickland said, so it’s incumbent on the county to foresee those events and be prepared to respond.

“The EMA director will hopefully have already identified the areas that are prone in the county to flooding, to meet with those people to make sure they have the resources they need to evacuate themselves early, or if they need to be rescued, we can put resources in as a priority to them,” Strickland said.

Other risks EMA has their eye on include wind events, such as tornadoes, and winter weather.

EMA works with law enforcement, paramedics, fire and the health department to provide resources. Recently, EMA has been assisting in vaccine drives at the Troup County Bus Barn.

In cases where families suffer property damage, Strickland will coordinate with them to try and secure grants from the Georgia and Federal Emergency Management Agencies.

Strickland said he hopes to make the department efficient and responsive. For now, he’s getting acclimated to the county, getting up to speed on immediate needs and ongoing projects. He’s also reaching out to elected officials, department heads and officials from the three cities in Troup.

“In the event there is an emergency, the first time we meet is not in an emergency situation,” Strickland said.

“We will have already developed a relationship ahead of time.”

He also encouraged the public to sign up for the county’s emergency notifications system through CivicReady. Residents can be notified about emergencies by phone call, email, text and more.

A native of East Point, Georgia, Strickland moved to Peachtree City as a child and began volunteer firefighting in high school. After leaving home for college, though, he kept coming back to work at the fire station on weekends.

He left college after a year and went to work as a full-time, paid firefighter for Fayette County in 1988.

“Some of my earliest memories growing up, you know, first and second grade, we would we would visit the fire station, and I was mesmerized by the fire trucks and the atmosphere and watching the firefighters slide down the pole, and watching them put their gear on and take off real fast,” Strickland said. “As I grew older, I understood the value of public service that they did in providing firefighting and medical care to the public.”

Strickland became a paramedic through the state in 1991 and worked for Fayette County until 1999. Then came a brief, two-year stint with the City of Fayetteville, before returning to the county fire department. He was promoted to lieutenant in 2007, then to captain in 2012.

“Growing up, I wanted to be a police officer or a doctor,” Strickland said. “And so, I guess in some ways I kind of drew upon both of them and became a firefighter.”

Passing the baton: Synovus market exec retires after more than 40 years of service to bank

Long time Synovus of LaGrange leader Frank McRae is passing the baton.  McRae will retire Friday from his role as... read more