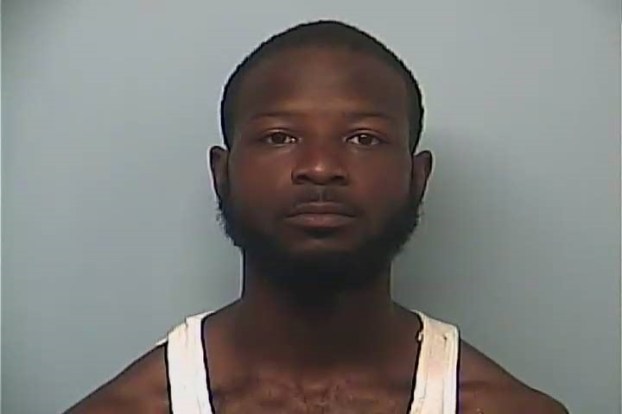 Above shows a Troup County Sheriff's Office booking photo of Sanders from a previous arrest.

The LaGrange Police Department has secured warrants for the arrest of Calvin Demond Sanders in connection with the Jan. 17 murder of Deandre Rashad Cotton.

Sanders, 32, of LaGrange, is wanted in connection with the murder of Cotton and the shooting of another man, who was shot and airlifted to the hospital.

Cotton, 27 was found dead with a gunshot wound to the head on the front porch of a residence at 115 Wright Street. The other victim, a 28-year-old man, was shot multiple times, but survived and was released from the hospital after a day or two, said LPD Det. John Slonaker

Slonaker would not disclose the motive but said the incident was the result of a personal dispute that unfolded at the house and said it was not pre-meditated.

STATE FUNDING IN PERIL? County, cities must reach agreement on services by Feb. 28

By: Jenna Oden, Ed Pugh, Hunter Riggall and Daniel Evans Time is running out for Troup County and the cities... read more