None seriously injured in fire at Cameron Crossing Apartments 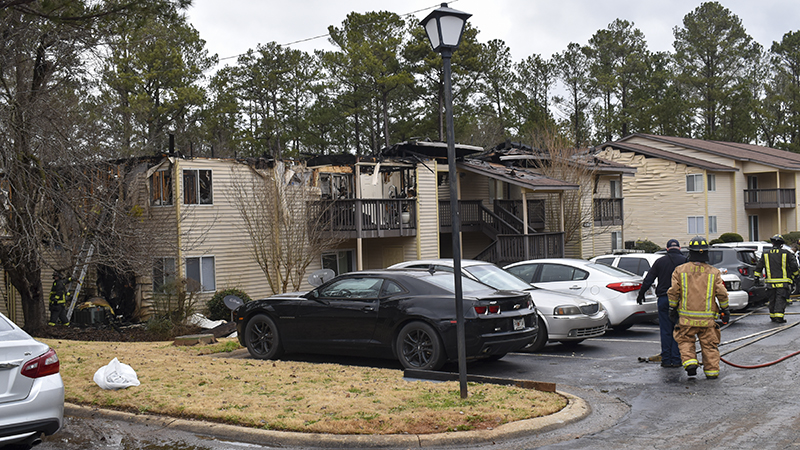 An early-morning fire devastated the 200 building of Cameron Crossing in LaGrange.

Nobody was seriously hurt as a result, though one person was treated on scene and released due to smoke inhalation, according to City of LaGrange spokesperson Katie Van Schoor.

The fire was called in at 3:48 a.m. Sunday, Van Schoor said. The building houses 10 apartments, one of which was vacant. All apartments were affected.

Fire crews got the blaze under control at approximately 6:30 a.m., Van Schoor said. The cause of the fire is not yet known. LFD does not yet have a damage estimate.

Mother and daughter Tammy and Tyeria Cameron live in the building, along with two of Tyeria’s children. Tammy Cameron got home around 3 a.m. and fell asleep watching TV. She woke up when the cable went out, and moments later, the lights went cut off. Tammy woke Tyeria up, who looked outside, saw the fire and called 911.

“All we had on our back was all we could get,” Tammy Cameron said. “We had to get her [Tyeria’s] two children up and we had to just run up … by the time we got out here the fire had just gushed all the way across.”

All four of them got out safely and waited in the car the rest of the morning. The Camerons haven’t been able to view the damage, and firefighters told Tammy they may never be able to go back in the building due to structural damage.

“I’m just glad we got out of there,” Tammy Cameron said.

According to Tyeria, management has some vacant apartments they may use to house the displaced residents. The Camerons don’t know where they will go.

Another resident, Latisha Bussey was woken up in the middle of the night by her three-year-old daughter crying. Bussey gave her child some food and was trying to get them both back to sleep when she started smelling smoke.

At first, she thought it was someone smoking outside, but then she heard someone choking outside. Her daughter was pointing out the window. When Bussey opened the door, smoke rushed in to her apartment.

“All I could do was grab her, cover her and run,” Bussey said. 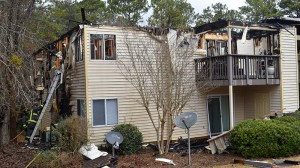 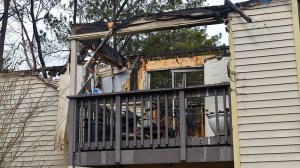 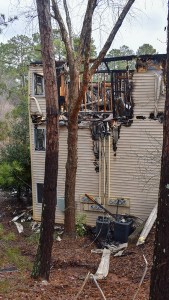 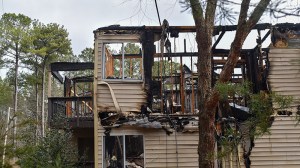 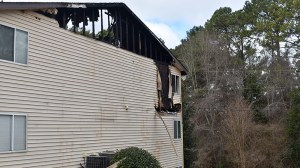