No injuries reported in fire at Barnard Street home 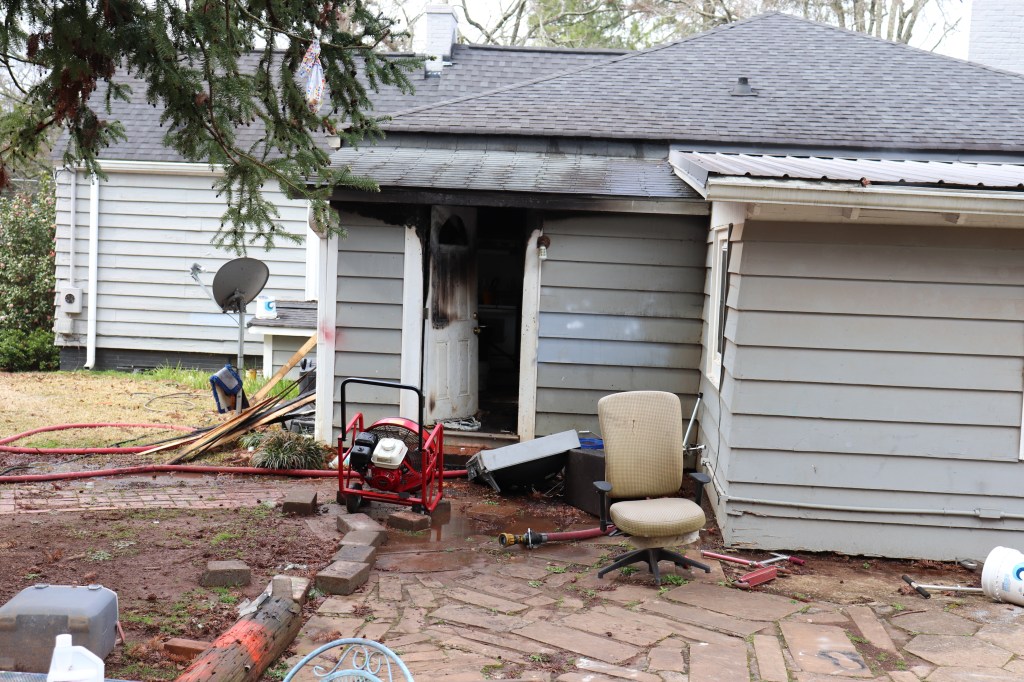 Above shows the rear of the home on Barnard Street that caught fire on Sunday morning. The fire started in the laundry area and was deemed to be electrical by investigators.

The LaGrange Fire Department extinguished a fire at a home on the 0 block of Barnard Street on Sunday morning. Nobody was at the home at the time of the fire, and no injuries were reported.

According to a press release, LFD firefighters were dispatched at 11 a.m. for a report of a structure fire. Firefighters arrived on scene and observed smoke coming from the back side of the house.

According to Bradfield, the fire originated from the laundry area of the home. The cause was electrical, per the press release.

Damage to the structure and contents of the home was estimated to be worth $4,000.

None seriously injured in fire at Cameron Crossing Apartments