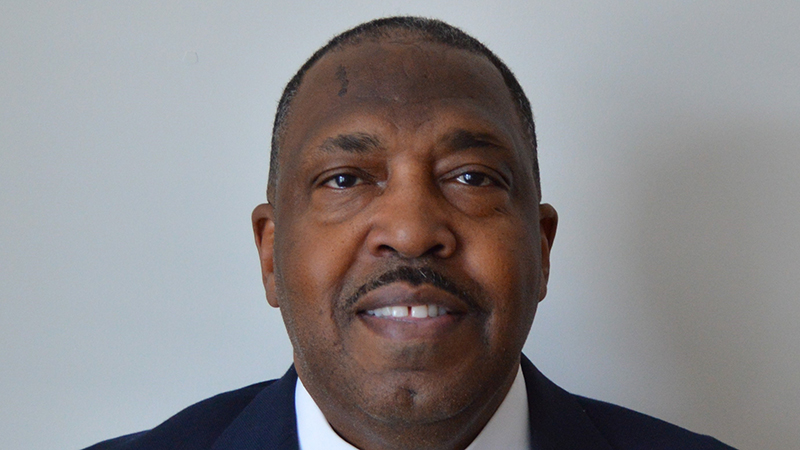 Chalton Askew was recently named the first ever executive director of Trustbuilding Inc. by unanimous vote of the board of directors.

The organization was first created and founded by Ricky Wolfe and Von Epps, who wanted to bridge the racial divide in Troup County through trustbuilding.

“Mayor Jim Thornton was the one that kind of raised the question as to what can we do to address the elephant in the room,” Askew said. “The mayors meeting together, they saw a pattern that most decisions they made fall along racial lines.”

Askew said once the conversations began and racial issues were addressed, everything took off from there.

“The conversations grew, and we started hosting level one and level two trainings to create opportunities for people to share from the heart and to establish relationships,” Askew said.

Askew is a lifelong resident of Troup County, a product of the Troup County School System and a graduate of LaGrange College, where he earned a degree in business administration.

He is retired from Interface Inc., after 30 years serving in accounting and finance roles.

He is one of the founding board members of Trustbuilding Inc., serving on the board since 2015. He has been a participant in the Racial Trustbuilding offered by the organization.

Askew noted that in 2017 he also completed the Community Trustbuilding Fellowship in Facilitation, Call to Community trainings with Hope in the Cities of Richmond, Virginia, and Non-Violence 365 Orientation at the King Center in Atlanta.

“We’ve all just been volunteers wanting to keep the organization afloat,” Askew said. “We just felt that it was important to the landscape of the community, especially given the backdrop of all the other things that have been going on. This to me is the perfect time to have the highest level of impact. I want to help address the elephant in the room, and that which has gotten swept under the rug over many years.”

He added that one major thing that is connecting the community is The Thread.

“It’s always piqued my interest when I saw it because it’s a safe place for people to have fun,” Askew said. “It’s also crossing boundaries, where the plan is to build it across all communities. I think that’s a good picture of what we would like for trustbuilding to be. A common thread relationally that helps people embrace different ethnic groups, speak to one another relate to one another.”

Askew said he is excited to begin this new chapter in his life.

“I view this as accepting a calling to help the community where I grew up to become more equitable and hopeful for all of our children and grandchildren,” Askew said. “The relationships between black and white citizens that have already been developed through the work of this organization have formed the foundation of racial progress. I am humbled yet inspired to lead this vital work going forward.”

To date, Trustbuilding Inc. has brought together more than 300 Troup County citizens to engage in challenging, honest conversations about racial issues in our communities.

“I would just like the community to know that I do count it an honor and a privilege to serve our community, and look forward to meeting new faces, establishing relationships and welcoming everyone to be a part of our trainings,” Askew said. “I want everybody to know that they’re welcome. I am excited that we live in a community that is brave and courageous and feels it’s worthwhile to talk through matters of the heart.”

Annual update: Mayor gives preview for State of the…