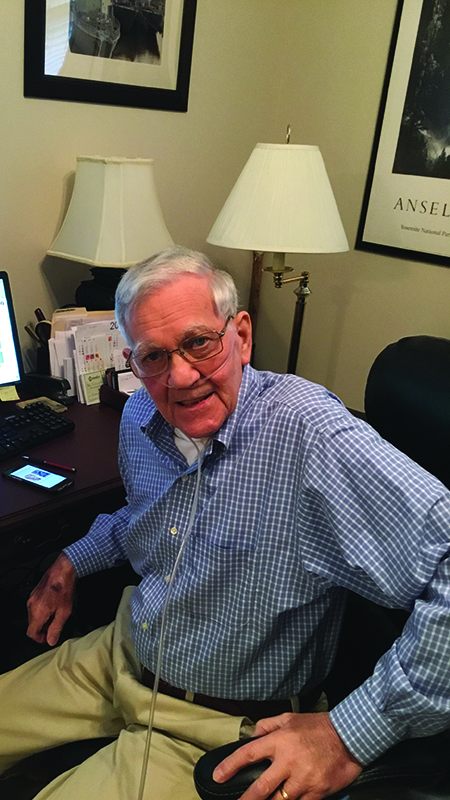 For the last 11 years, Jake Behr has been the publisher of the quarterly Round and ‘Bout, a newcomer and tourism magazine in more than 160 locations around Troup County and other nearby cities.

Now, Behr is officially retiring, meaning the January-March issue of Round and ‘Bout was likely the final one.

The magazine has been printed quarterly during its 38-year history. It was originally started in 1983 by Walt and Betty Knight, who were partners in the Ramada Inn, and thought there should be something to help people know where to shop, dine and find services in LaGrange. Behr was asked if he was interested in taking it over in 2010.

Behr, who was very involved in various clubs and organizations around town, excelled at networking. Once he took over Round and ‘Bout, he said he never increased advertising rates.

“I was out in the territory every day,” Behr said. “You’ve got to start off early and come [home] late. And just before you come home, call on one more person.”

He started out personally distributing it to every location, but over the years, brought in Mike McCurry to handle distribution and Scott Hill to take over filling up the magazine’s 15 racks at various locations. Everywhere from medical facilities (WellStar West Georgia Medical Center and Emory at LaGrange) to restaurants (Charlie Joseph’s, Los Nopales, Good Ol’ Buffet, Fried Tomato Buffet, Taste of Lemon, Country’s Barbecue) had a rack for Round and ‘Bout.

Behr said he was thankful for all of them for their help over the years, as well as others who played a role in publishing the magazine. The Round and Bout’ was helpful to tourists, as it gave a good overview of the area, showcasing things to do via advertising, area attractions, and a map of the area.

Behr said hotels would often use them to tell visitors how to get around town.

“When somebody would come up to the desk and ask how to get somewhere in LaGrange, [hotels] would pull out a Round and ‘Bout where the centerfold had a map,” Behr said. “It got a lot of use tourist-wise.”

Now, at 84, Behr has decided to retire, and he’s thankful to every person who’s ever picked up a Round and ‘Bout.

“I want to thank them for their participation whether they were an advertiser or reader and let them know how much I appreciated it, how much I enjoyed serving our community using Round and ‘Bout as a medium,” Behr said.