Art museum to fundraise for renovations 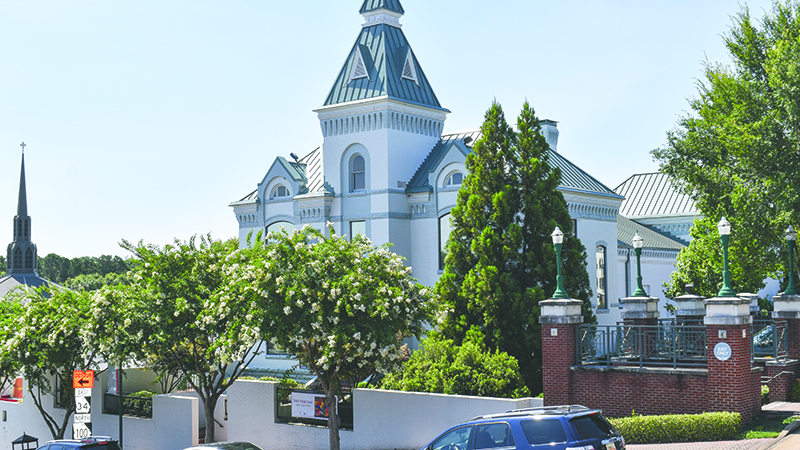 The LaGrange Art Museum is about to start fundraising to renovate the museum for the first time in almost three decades.--Contributed

The LaGrange Art Museum will soon begin fundraising to renovate the museum for the first time in almost 30 years.

On Tuesday morning, the museum board presented to the LaGrange City Council the importance of having the museum and the Cochran Gallery — which hosted the meeting — in the city.

The Cochran Gallery was opened in 2007 by Wes and Missy Cochran. Together, the Cochrans have been collecting art since the 70s when Wes developed a taste for original prints by popular contemporary artists. The Cochrans have a diverse collection of exhibits that travel the world and often make appearances at their gallery in LaGrange, including the current exhibit. ‘Dancing on the edge of abyss abstraction by African American Women’ is currently at the gallery right now that features art from late 70s, 80s and 90s.

Wes said that universities and major art museums all over America are vying for the particular collection right now.

“I would not in my wildest dreams think that I’m going to renovate the existing museum and do an addition in hopes of maybe keeping the Cochran collection,” Jennings said. “Because of the Cochran’s urgency to get things done in a competition that’s so keen, we are proceeding with renovations.”

Jennings said that they don’t know the exact cost of renovations yet but are working with contractors and architects to confirm all the needed upgrades.

“This could be potentially a $17 million project, and I am just throwing that number out,” Jennings said. “It could be $10 million or it could be twice that. We won’t know until maybe May when they get back to us. We’ll have the drawings and cost estimates so then we can start a capital campaign to raise money for this.”

Jennings noted that she was thankful for the annual $25,000 donation to the art museum.

“It really was helpful during this COVID year where we chose not to aggressively fundraise because we knew the community needs were so great,” Jennings said. “With these renovations, you’re going to have a much-improved gateway to the city and a much better first impression than what you get right now coming up Lafayette Parkway.”

Jennings said it was important to keep the iconic 1892 building with the tower and not distract at all from that.

“The museum is currently on very different grade levels, and it would be nice to make it more pedestrian friendly and more of a creative community hub,” Jennings said.

She added that keeping the Cochran Gallery in LaGrange would create a national draw to the area and in-turn would create more tourism revenue.

“This would be like the Atlanta Braves moving their entire enterprise to our city,” Jennings said. “This would be like Google saying they’re going to put in a corporate headquarters and that is how significant this collection is to our community.”