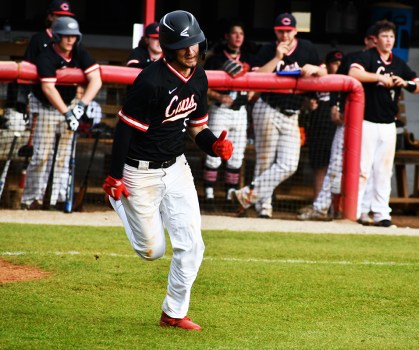 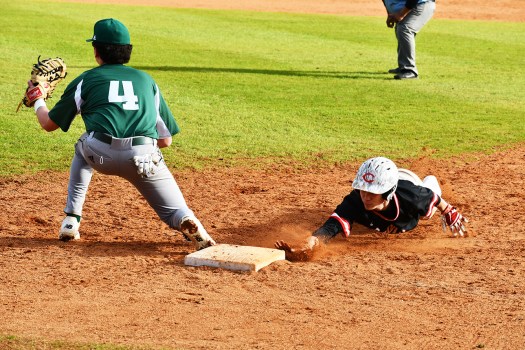 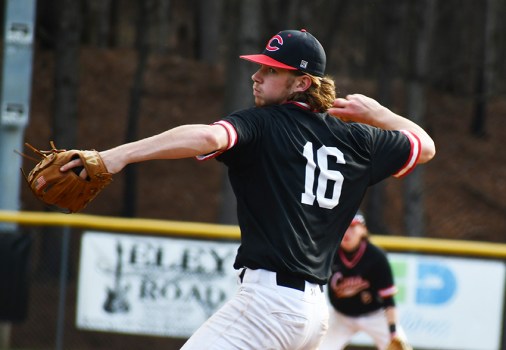 With junior ace Justin Moore leading the way, the Callaway Cavaliers earned a 2-1 bounce-back win over Westminster in the second game of Saturday’s doubleheader.

Westminster rolled to a 20-4 win in the first game, but with Moore delivering a masterpiece in game two, Callaway earned the split.

“I told our kids, we’re going to come back and win this next game, and they did a good job of battling,” said Callaway head coach Dusty Hubbard.

Moore pitched 6 2/3 innings and held Westminster to three hits and one unearned run while striking out 13 batters.

“Moore did an unbelievable job,” Hubbard said. “Whenever you’ve got him on the mound, you know you’ve got a good shot.”

Moore reached his pitch limit with two outs in the top of the seventh inning, and freshman Bryce Hubbard got the final out on a fly-out for the save.

“You get beat 20-4, and it would have been easy to lay down and not compete, but we came back and competed,” Hubbard said.

After Westminster scored a single run in the top of the fourth inning, Callaway answered with two runs in the bottom of the inning.

After Moore walked and Kaden Rogers doubled, Tucker Starling drove in two runs with a double.

The Cavaliers didn’t score again, but they made the narrow one-run lead stand up to thanks to the pitching of Moore and Hubbard.

Rogers finished with two hits for Callaway, and Starling, Hubbard, Blake Sheppard and Andrew Locke each had a hit.

In the first game, which went the full seven innings, Moore and Tucker Starling had a hit and an RBI for the Cavaliers, and Hubbard and Rogers each had a base hit.

Callaway will be on the road against Bowdon on Tuesday.