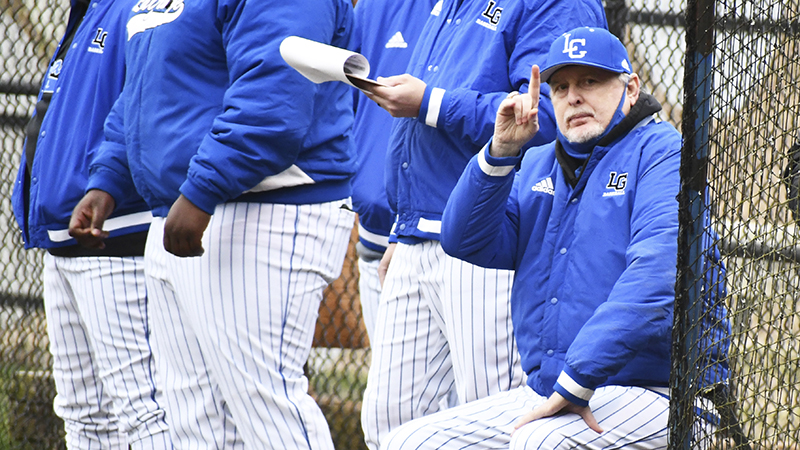 The sun is out, the weather is mild and it’s time to play ball.

The LaGrange Toyota Invitational, which has been a local fixture two decades, got underway on Thursday and will continue through Saturday.

There are eight teams competing, including the host LaGrange Grangers, and the top teams from each four-team pool will meet for the championship on Saturday.

As has been the case since its inception, the LaGrange Toyota Invitational features a power-packed field, and many of the players who will make Troup County their home over the next few days will be playing college baseball and professional baseball down the road.

Also, if the past offers any clues, one or more of the players in the field will play the game at the highest level one day.

Among the players who appeared in the LaGrange Toyota Invitational are current or former big-leaguers Jason Heyward, Jeff Francoeur and Buster Posey.

“Every year, I tell people, there’s probably a future big leaguer here,” said LaGrange head coach Donnie Branch, who started the tournament. “You might not know who he is, and it might not be the number one prospect guy, but there’s so much talent. There’s definitely a bunch of minor-league guys, and definitely a bunch of Division I players. There’s a future big leaguer, too.”

The tournament participants are divided into two four-team pools, and the pool winners will meet on Saturday at 7:30 p.m. for the championship.

There will be three other place games as well, and each team will play four games total.

The tournament will give the Grangers an opportunity to see how they stack up against some of the elite teams in the Southeast.

LaGrange plays single games on Thursday and Friday, and two games on Saturday.

“They get an opportunity to compete against the best, and on top of that because it’s so well-scouted, this year is a little bit tougher because of COVID, but it’s so well-scouted that you can make a name for yourself personally by your performance,” Branch said.

Branch has never had any trouble attracting big-time teams for the tournament.

That’s partly because of the high-level of competition, but it’s also due to the first-class treatment the teams receive.

“We’re one of the last standing of the home-town, high-school baseball tournaments that bring in elite teams,” Branch said. “What’s happened is everything is at LakePoint, or East Cobb, or Hoover at their big complex. We still do it at LaGrange High School, and our teams are just as good as the teams at Hoover or LakePoint. You go up there, you’re just another team, you’re a number. You come to LaGrange, you get the hometown hospitality treatment here.”

In addition to the baseball aspect of the tournament, the economic factor for the community is significant.

“We do an economic impact, and it’s huge,” Branch said.

“Eating at the restaurants, staying at the hotels, buying gas and whatever, and coming to the games. People come into town, and they spend a bunch of money, and they get to see our town, and our school, and our facilities.”

This tournament, Branch added, “is a great opportunity for our town, our school, and our players, and parents and so forth, just to be a part of it.”

OF NOTE: For a tournament schedule, go to lagrangegrangerbaseball.com