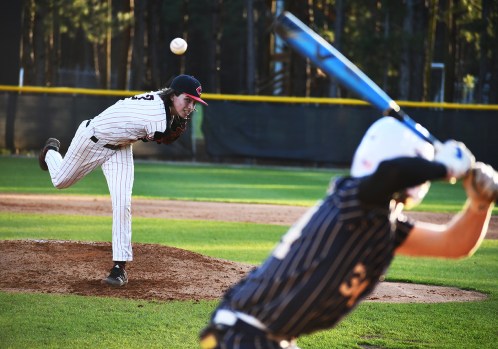 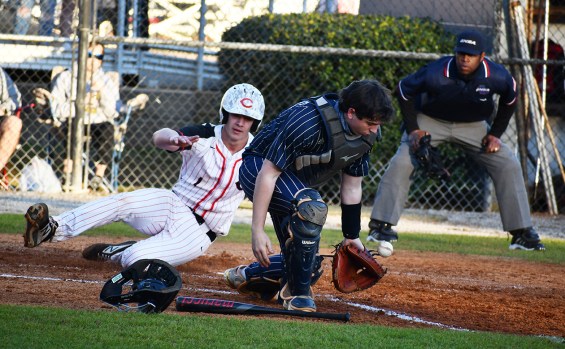 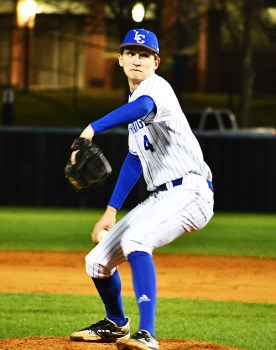 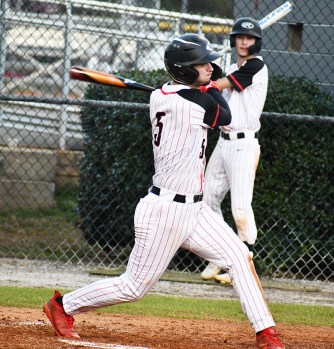 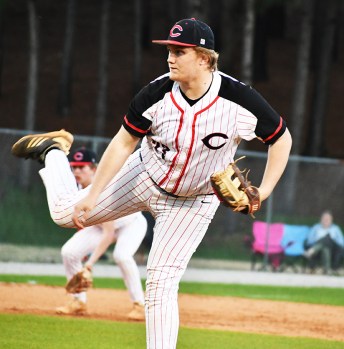 In a little more than a week, Callaway will begin Region 5-AA play, and there will be plenty of big-time challenges during that portion of the schedule.

One poll has four of the region’s teams, including Callaway, ranked in the top 10.

In preparation for the grind of region competition, the Cavaliers are playing a 12-game non-region schedule that continued on Thursday with a home game against Landmark Christian.

With three pitchers combining to throw a five-hitter, Callaway rolled to a 10-3 victory to improve to 6-2.

One of those pitchers, Tucker Starling, believes these early-season games will have the team ready when it opens its region schedule against Temple on March 6.

Callaway has four games remaining before it takes on Temple, including three games in Vidalia on Friday and Saturday.

“We’re playing better competition before region,” Starling said. “Whenever region comes up, I think we’ll be a lot better, because these teams have helped us a lot.”

While Starling is locked in as one of Callaway’s starting pitchers, head coach Dusty Hubbard is still looking to firm up the staff as a whole.

Two of the pitchers Hubbard hopes will provide a contribution this season did a stellar job against Landmark Christian.

“Neither one of those guys’ pitch count is to the point where we can let them go much more than 45, 50 pitches,” Hubbard said. “Going in, we were hoping that if they did that we could get through four, and we ended up getting through six. It was a bonus.”

Starling finished things off with a flourish, striking out all three batters he faced in the seventh inning.

“CJ and Jacob, we’re trying to get them in pitching shape,” said Starling, who made some outstanding plays at second base before taking the mound in the final inning. “Getting them in these games, and them doing as good as they did really helps us.”

Stephens also got the job done at the plate from the leadoff position.

Stephens had two hits and three RBIs, and his two-run triple in the fifth inning gave Callaway an 8-2 lead.

Blake Sheppard added two hits and an RBI, Justin Moore had an RBI single, Andrew Locke had two RBIS, and Kaden Rogers, Eli Freeman and Will Cavender each had hits.

The Eagles tied it with a run in the top of the second, but the damage was limited when the Cavaliers turned a nifty double play. Starling made a diving stop on a hard-hit ball, and he threw a strike to second to start an inning-ending double play.

The Cavaliers reclaimed the lead with three runs in the bottom of the second.

After Rogers and Sheppard led off with base hits, Locke drove in the go-ahead run with a sacrifice fly.

Another run scored on a wild pitch, and Rogers capped the rally with an RBI single, giving the Cavaliers a 4-1 lead.

The Cavaliers tacked on another run on an RBI single by Sheppard in the third inning, extending the lead to 5-1.

Landmark got one of those runs back on an unearned run in the fourth inning, and Miles provided damage control by striking out the final two batters of the inning with men on second and third.

“He kept pitching, and kept competing,” Hubbard said of Miles. “I was proud of him. That was a real positive.”

The Cavaliers broke it open with four runs in the fifth inning, and Stephens provided the big blow with his two-run triple that extended the lead to 9-2.

The Cavaliers scored their final run in the bottom of the sixth, with Locke bringing in Moore with a sacrifice fly.

While the Cavaliers did plenty of things right in the game, it wasn’t a flawless effort.

Some defensive miscues led to three unearned runs, and there were a few other mistakes made that Hubbard let the players know about after the game.