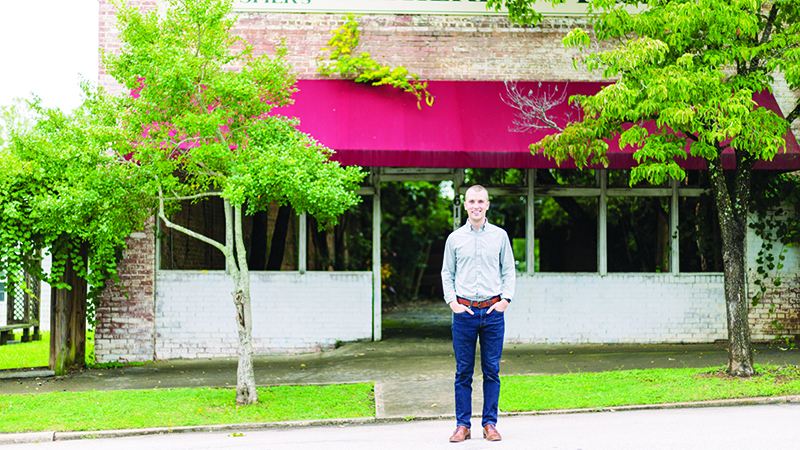 For the past 10 months Nate Crawford has been serving in the interim executive director position at DASH of LaGrange, Inc. Now, the board has made it official.

Crawford is the fourth director of the affordable housing non-profit organization since its establishment in Troup County in 2002.

Crawford started at DASH in 2019 as the project manager where he has overseen the renovation of the DASH offices and the building of three homes in historic Hillside, which meet the highest standards of building construction while providing affordable housing options for potential homeowners.

“During the pandemic, we have still tried to maintain the work we do despite COVID-19,” Crawford said. “We were able to build three homes in Hillside, which were with the Georgia Department of Community Affairs grants.”

Crawford also made sure that DASH rental properties were updated exterior improvements to make them shine in the neighborhood.

“We have looked at ways to also cut our finances to an extent so that there isn’t such a burden on our operating expenses,” Crawford said. “We also hired a consultant to look at DASH for the next 10 years, and they will help us on how to structure it financially for the next decade.”

Since Crawford moved into his interim position, he has been finding ways for DASH to help better serve the area and engage the community, developers and residents to continue the work of neighborhood revitalization

“We could not have found a better person to lead our organization as we continue our work focusing on dependable, affordable, sustainable housing and community development,” Ricky Wolfe, founder of DASH and chairman of the DASH board said. “We have accomplished a lot in 18 years, but the need for affordable housing still exists.”

Crawford and his families have also lived in the Hillside area before, making the job even more important to him.

Wolfe noted that board was not only impressed with Crawford’s credentials, but also with his passion for service and knowledge of the community.

Crawford, a native of Thomaston, attended LaGrange College as an undergraduate student where he was selected to be in the first cohort of the LaGrange College Servant Scholars Program. In this capacity, he immersed himself in the LaGrange community by serving in a variety of volunteer positions. He then graduated in 2014 and continued his education to receive his master’s degree in philanthropy and development from LaGrange College. After working as a development officer of LaGrange College, Nate joined his family’s business at Hannah’s Mill Animal Hospital serving as the practice manager, where he rebranded the company and oversaw a large office renovation before joining DASH in 2019.

Crawford’s hope is that residents of LaGrange take pride in their city and make it the kind of place that they want to live.

“I love what I get to do. I love this community, the community of LaGrange, our in-town neighborhoods and in-town living spaces that we have,” Crawford said. “I am excited to be a part of the decision making that take place on the development and investing in LaGrange. I think it’s a great place to be, and I want all members of the community to notice that and see that.”