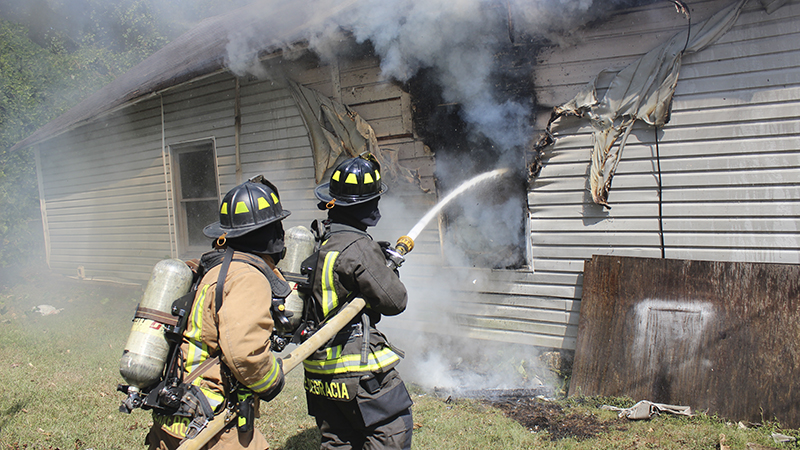 The LaGrange Fire Department gave its annual report on Tuesday, which said that the response times have gotten faster and fire fighters are receiving more training.

COVID-19 changed how LFD responded in 2020, and the department had to adjust quickly and frequently. Brant said in 2020 only two firefighters were diagnosed with COVID-19.

Although many things were canceled in 2020, LFD attended every event it could and participated in multiple educational events. During the year, LFD installed 147 smoke alarms in homes that were unprotected. LFD also offers weekly blood pressure checks at the Active Life Senior Center. LFD assisted in more than 1,000 blood pressure screening at the center last year.

Additionally, LFD has attended every single Leaving LaGrange Better Than We Found It clean up events in 2020 and 2021.

Brant said that of the total incidents, 4,848 were emergency responses.

The department tracked response reliability for 2020, which was 91.2 percent for all emergency responses. That means all LFD units were on scene first for their respective territories.

Brant said they were able to reduce turnout times and put turnout clocks in all bays.

“When they dispatch that starts the clock,” Brant said. “Now, they can see that clock and that is working for us. We hope to get our turnout time to 90 seconds.”

For the 2020 value and loss analysis, Brant said during the 195 fire responses LFD saved more than $91,000,000 and lost $642,620. During the year, LFD participated in 33,048 hours of training. Most of the training was focusing on driver, operator, EMS, officer development and physical fitness.

Along with an in-house EMT program, LFD conducted its own in-house National Registry re-certification program that included 30 hours of continuing education as well as instructing state-led CEU hours. Brant said in total LFD conducted a 60-hour refresher course that re-certifies individuals to the level of paramedic.

“We are really big on training, and we train three days a week,” Brant said. “I feel like we’re one of the highest training departments in the state.”

Brant said LFD also made a point to focus on accreditation this past year as well.

The first Cohort for the LaGrange Fire Department Paramedicine Program started on Aug. 3, 2020 with 10 students. The course is lengthy and will be needed for students to successfully complete the course and become National Registry Paramedics at the end of December 2021.

“There’s a paramedic shortage across this nation,” Brant said. “With this being our first class, we hope to increase that number by the next class course.”

Brant added that of the highlights of 2020 was being able to utilize the new training center to host a NPQ Rope Rescue Technician class, Airport Firefighter class, as well as shift level training.

Brant closed with updating the council of the major and deadly fires they experienced in 2020.

Mayor Jim Thornton commended LFD and Brant for all of their hard work and achievements in the past year.

“We are dedicated to service and believe in customer satisfaction,” Brant said. “We continue to strive for excellence through training, education, positive leadership, accountability and dedication. Know that when those tones drop that we are quick to respond, highly trained, and proficient at our jobs. We are dedicated to caring for you in your time of need. “