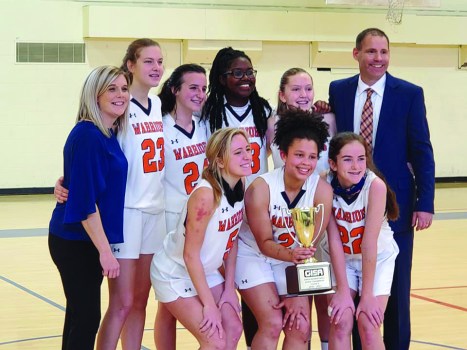 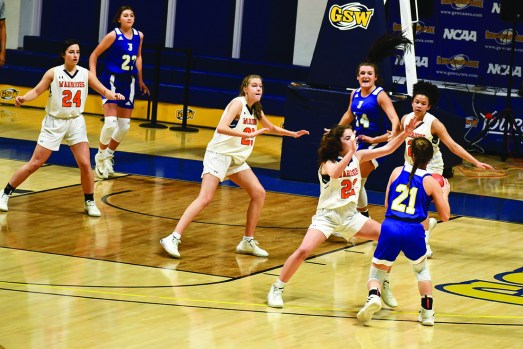 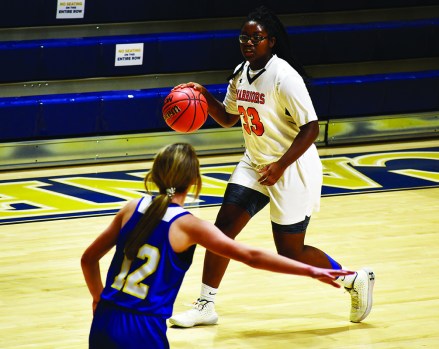 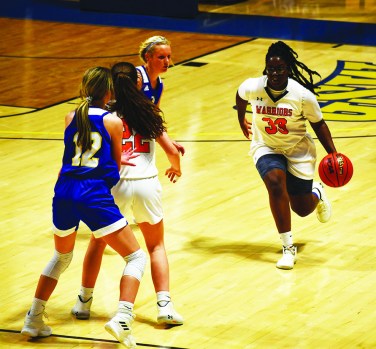 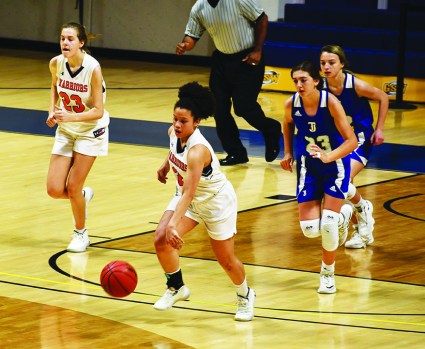 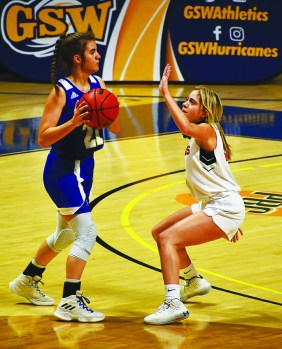 AMERICUS – It was a challenging season in so many ways for the LaGrange Academy Lady Warriors.

There were the usual obstacles that are present every season, but the Lady Warriors also had to deal with road blocks thrown in their way because of COVID-19.

Players came and went because of quarantine procedures, and at one point the whole team had to be shut down for a few weeks.

At other times, because of injuries and quarantine, the Lady Warriors had to play with as few as five players, and they ended one game with only four players on the court.

The Lady Warriors hung in there and never wavered, though, and when the dust settled and the final game had been played, they were champions.

“We’ve been working for this since I was here in the eighth grade,” said senior point guard Ivey Portis. “To finally all be able to play together and come out with a win, it was spectacular.”

The Lady Warriors appeared to have things on cruise control with an eight-point lead with a little more than three minutes remaining, but it  got tight late.

After a Thomas Jefferson player made two free throws with one second left to make it a two-point game, LaGrange Academy was able to run out the clock and secure the dramatic win.

“it It’s the best last game of the season I could ask for,” Portis said. “All the work we did over quarantine, and having the whole girls’ team gone for two weeks, and still coming back with it, was amazing.”

Kelsey Cotton, who was such an integral member of the team this season, led the way in scoring with 17 points, and she had five key points in the fourth quarter.

Portis, whose ability to break down defenses and not only score herself but set up her teammates, added 14 points.

During the fourth quarter when Thomas Jefferson made its run, Cotton and Portis combined for 11 points, and they were 6-of-8 from the free-throw line.

“It was a total team effort,” LaGrange Academy head coach Ken Klinger said. “It wasn’t just about scoring. Everybody contributed.”

LaGrange Academy, the number one seed in the five-team state tournament, dominated the first half against third-seeded Thomas Jeffereosn.

After taking a 10-5 lead after the first quarter, LaGrange Academy outscored Thomas Jefferson 13-6 in the second quarter to build a 23-11 halftime lead.

Momentum shifted in the third quarter.

When Allison Johnson hit a 3-pointer in the closing moments of the third quarter, LaGrange Academy’s lead was down to 29-25, which was the score as the fourth quarter began.

“We were ranked number one, and we felt like we needed to go out there and play like we’re the best, and I felt like that helped us in the first half,” Klinger said. We were playing with that mentality. We came out fired up, and we played good. I felt like the second half we might have got a little too happy with ourselves and we might have played not to lose, instead of playing to win.”

The Lady Warriors seemed to regain control in the fourth quarter, and they had a 39-31 lead when Cotton made two free throws with 3:09 to play.

Thomas Jefferson didn’t go away, though.

A Whitney Weiss basket with 28 seconds to play cut LaGrange Academy’s lead to 43-30, and the outcome was very much in doubt.

Thomas Jefferson missed a shot, but Whitney Wells came down with the rebound, and she scored and was fouled with one second showing on the clock.

Wells made the free throw to complete the three-point play, and LaGrange Academy’s lead was down to two.

Jones caught the ensuing inbounds pass and the clock ran out, and the celebration was on.

Like so many teams across the state, the Lady Warriors were confronted with countless challenges this season, but when the games meant the most they were at their best.

“It seemed like we got healthy and got all together at the right time at the end of the year,” Klinger said. “We lost Ivey to injury for two or three games. We had people out for COVID. We played a lot of games with just five girls. That was true Warrior spirit but we had no subs. They really had to battle all year long.”