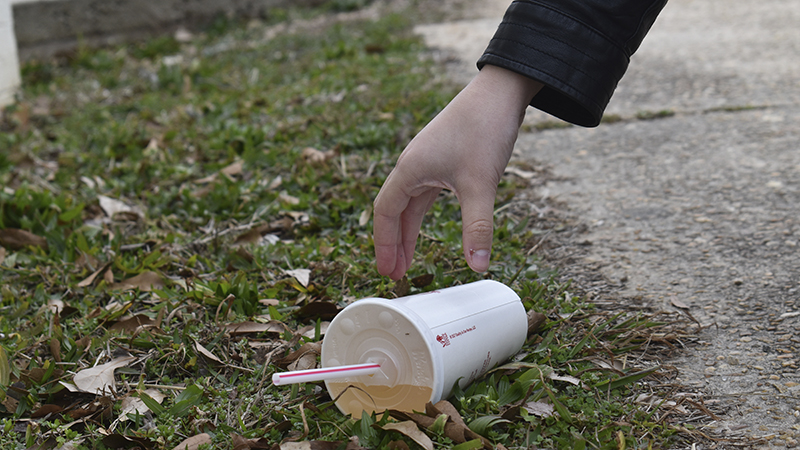 During the Troup County Commissioner work session Thursday, litter was a hot topic as commissioners and community partners looked at ways to fight the litter issue in town.

“As I ride around our lovely community, even just down the street that I live on, it just sickens me to see the amount of litter on our roadways,” said County Manager Eric Mosley. “We have had numerous calls about it.”

Mosley said public works, the sheriff’s department and state patrol are all doing something to try and tackle the problem.

“A big change at the first of this fiscal year, the board of commissioners for the first time decided that we would use contract labor to pick up litter on our right of ways,” County Engineer James Emery said.

Emery said that they contracted Amazing Scapes and as of Wednesday they have picked up litter on more than 100 miles of county roads.

“On one road, they had picked up about 60 bags of trash,” Emery said. “I know they’re doing a lot of work for the money. I am proud of the work they are doing. We still have a long way to go to complete a full round of litter pick up on all of the county roads.”

The Troup County Sheriff’s Office is also utilizing its work release program to pick up trash on the side of roads.

“In many instances, we are cleaning up a road and then a week later it looks just like it did before they picked it up,” Sheriff James Woodruff said.

“Right now, we’re operating with six inmates in the annex and one officer for every road in Troup County that is unincorporated. For instance, they picked up Towns Road from one end to the other, and it took two days for six people to pick up over 100 bags of trash. One week later it looked like we hadn’t even been out there and that was terrible.”

He said that they have been active trying to spread awareness of the work they are doing on social media.

Chairman Patrick Crews asked if there was a way to check on trash trucks when leaving and going to landfills to see if any of those trucks are having trash blow out the back.

“I think social media is the key right now with promoting and making awareness to issues in our area,” Jeter said.

“I will tell you all my troopers are aware of the problems that we have in Troup County, but it definitely goes back to you’ve just got to be at the right place at the right time to catch these people.”

Jeter noted that Troup County isn’t the only area dealing with a litter problem, and it is something he sees all over Georgia.

In Troup County, the fine for littering is $300.

Crews said the commission is going to work with the county manager going forward to come up with more ideas on how to tackle the problem.